Drought and climate change brought down the Akkad Empire • Earth.com 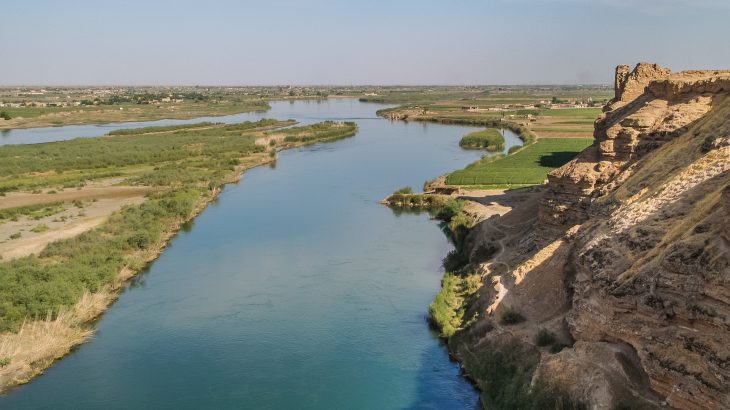 Drought and climate change brought down the Akkad Empire

The mysterious collapse of the Akkadian Empire may finally have been solved thanks to paleoclimatologists from Oxford who examined stalagmites in the Gole-e-Zard Cave in Northern Iran.

4,300 years ago, Sargon of Akkad formed the Akkadian Empire in Mesopotamia. It was the first empire in the world spanning across what is now Southern Iraq, Syria, and Turkey along the Euphrates River.

But the empire ultimately collapsed and Akkadian people migrated out of the area leaving behind few clues as to why.

In a new piece in The Conversation, Vasile Ersek discussed how he and a team of Oxford researchers found evidence that widespread drought and climate change were to blame.

Ersek and colleagues are not the first researchers to point to drought as the cause of Akkad’s downfall, but what makes this study, published in the journal Proceedings of the National Academy of Sciences, different from past research is the evidence found in cave stalagmites.

Akkad was dependent on agriculture in the northern regions, but about a century after the Empire’s formation, the area was fraught with food and water shortages.

Previous research conducted by Yale archeologists found evidence of drought that reduced agricultural productivity in the northern regions and this led to people fleeing. The once fertile areas of Akkad were replaced by sand and dust, and sediment cores from the Red Sea confirm this fact.

However, drought as the cause remained highly contested by researchers saying that there was not enough evidence to prove that widespread climate change drove people out of Akkad and ruined the once great empire.

Ersek, along with a team of researchers led by Stacy Carolin, dated stalagmites in the Gol-e-Zard Cave to see if the mineral composition of the stalagmites could provide more insight into the climate conditions at the time of Akkad’s collapse.

Stalagmites, like sediment cores, serve as accurate records of climate conditions in years past.

“Combining these methods, our new study provides a detailed history of dustiness in the area, and identifies two major drought periods which started 4,510 and 4,260 years ago, and lasted 110 and 290 years respectively,” Ersek wrote in the Conversation. “The latter event occurs precisely at the time of the Akkadian Empire’s collapse and provides a strong argument that climate change was at least in part responsible.”