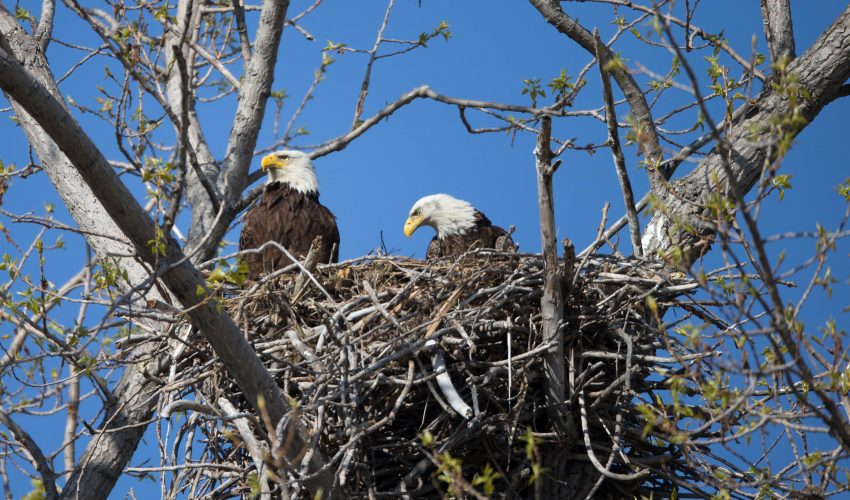 Voyageurs National Park is a remote stretch of land that runs along the Canadian border in Minnesota, and is now the site of a new study that combines more than 40 years of data from an eagle nest-protection program.

The study was done by researchers at the University of Wisconsin-Madison, the National Park Service, and the U.S. Geological Survey. It encompasses a nest-protection program that was based off the idea that endangered birds would reproduce and survive more effectively if people were kept away from their nests. While this was a logical assumption, it had yet to be proven.

However, determining whether or not these increases were actually due to nest protection is more complicated than it may seem. Truly analyzing the impact of this protection requires more than just counting breeding pairs and their young.

In previous research, other scientists had documented strong benefits for nests and birds protected from predators by fences, “but they did not necessarily account for predation of eggs in the unprotected nests,” says Jennyffer Cruz, a post-doctoral researcher in wildlife ecology at UW-Madison. “Overall, even if the protection registered as positive from looking only at the managed nests, it could be negative for the whole population.”

To account for this complexity, the researchers developed an analysis that looked at both nests and the overall eagle population. “Counting alone does not allow you to say that management is doing what it is supposed to be doing,” says Ben Zuckerberg, an associate professor of wildlife ecology at UW-Madison. “The model we developed opened the door to that.”

In their final results, the research team found that protection increased the number of breeding pairs at the park by 37 percent. Other factors accounted for the rest of the increase.

While these results are most relevant to large, undisturbed habitats lie Voyageurs National Park, “the model can be used for other raptors, in other places, regardless of the level of disturbance,” says Zuckerberg. “Long-term monitoring data is really hard to fund, but it’s critical for conservation. This is a perfect example of the benefits of collecting data in a standardized way over a long period of time.”