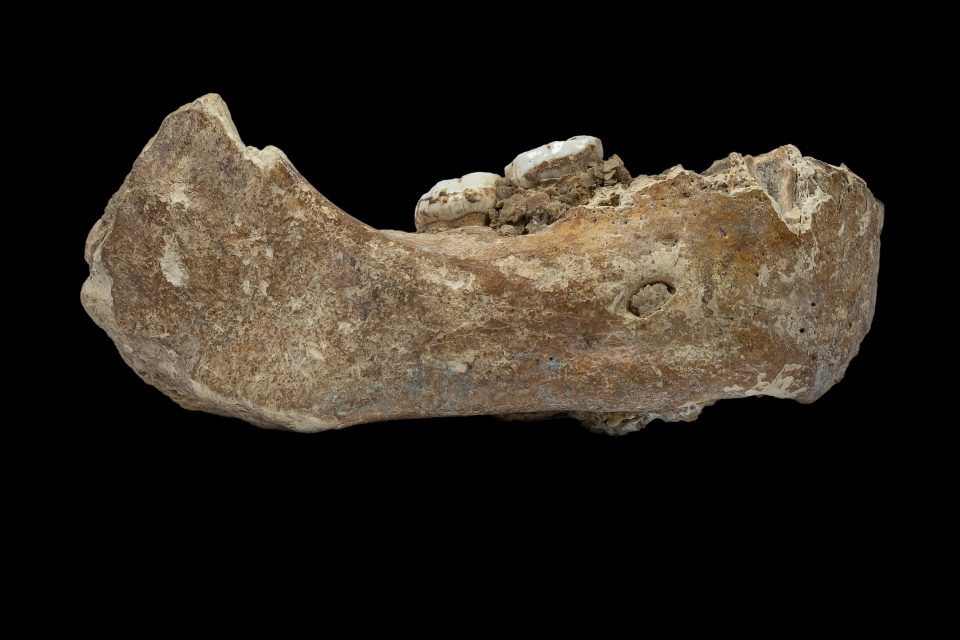 Since their discovery in 2010, Denisovans have become a hominin of great interest to archeologists, especially because of what they might reveal about early human migrations and interbreeding.

However, finding fossil evidence of our earliest human relatives outside of the Denisova Cave in Russia, where the first Denisovan fossils were found, has remained a challenge for researchers.

Now, a key fossil confirms that Denisovans were among the first hominins that settled on the Tibetan Plateau, according to a new study conducted by researchers from the Max Planck Institute for Evolutionary Anthropology.

“Traces of Denisovan DNA are found in present-day Asian, Australian and Melanesian populations, suggesting that these ancient hominins may have once been widespread,” said Jean-Jacques Hublin, a co-author of the study. “Yet so far the only fossils representing this ancient hominin group were identified at Denisova Cave.”

The discovery was made possible due to a lower mandible fossil found in the Baishiya Karst Cave in Xiahe, China on the Tibetan Plateau.

“The Xiahe mandible likely represents the earliest hominin fossil on the Tibetan Plateau,” said Fahu Chen, the first author of the study.

The mandible was first discovered in 1980, but recently both the fossil itself and the surrounding area has become part of a collaborative research project between researchers from the Max Planck Institute and Lanzhou University.

No traces of DNA were found in the well-preserved fossil, but the researchers were able to extract and analyze proteins from one of the molars still attached to the mandible bone.

“The ancient proteins in the mandible are highly degraded and clearly distinguishable from modern proteins that may contaminate a sample,” said Frido Welker, a lead author of the study. “Our protein analysis shows that the Xiahe mandible belonged to a hominin population that was closely related to the Denisovans from Denisova Cave.”

The shape and size of the molars indicate that the bone belonged to a Middle Pleistocene hominin possessing traits similar to both Neanderthals and Denisovans.

After dating the thick layer of carbonate crust that the mandible was embedded in, the researchers estimated that the fossil is 160,000 years old which is equal to the oldest fossils found in the Denisova Cave.

“Archaic hominins occupied the Tibetan Plateau in the Middle Pleistocene and successfully adapted to high-altitude low-oxygen environments long before the regional arrival of modern Homo sapiens,” said Dongju Zhang, a co-author of the study. “Our analyses pave the way towards a better understanding of the evolutionary history of Middle Pleistocene hominins in East Asia.”