Early humans were once immune to immunodeficiency viruses • Earth.com 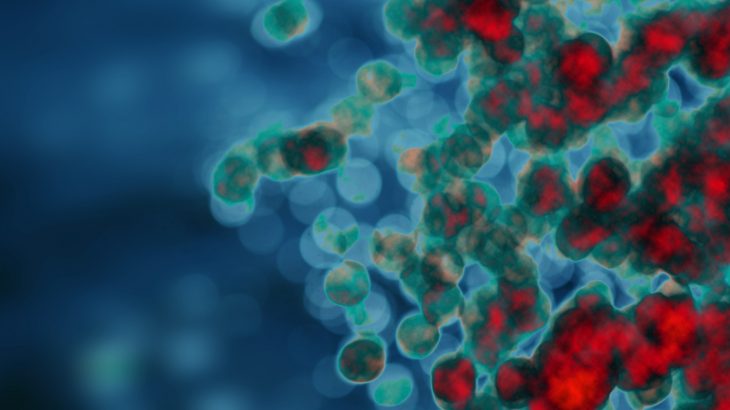 Early humans were once immune to immunodeficiency viruses

While this mutation stopped the virus from crossing over to infect humans, eventually the virus found a workaround and SIV evolved to give rise to the human immunodeficiency virus (HIV) which began the AIDS pandemic.

In a new study, researchers from the University of California, Berkley have unlocked the inner workings of how this mutation blocked the SIV virus and how the virus eventually came to infect humans.

An estimated 38 million people worldwide were living with HIV as of 2018, according to the World Health Organization, and since the start of the epidemic, 32 million people have died of HIV.

Before the rise of HIV, early humans developed a mutation in the cells that stopped SIV from hacking the cell’s machinery and making thousands of copies of itself.

The researchers found that the key was that the mutation disrupted SIV proteins from binding to human proteins.

“The binding site involved is structurally very complex, so essentially it is not possible to adapt to it once the tight binding is lost. The virus had to invent a completely different way to do the same thing, which took a long time in evolution,” said James Hurley, a co-author of the study. “This conferred an advantage on our prehistoric ancestors: From chimps on down, every primate was susceptible to SIV, but humans were immune.”

Cryo-electron microscopy was used to analyze the structure of SIV proteins.

Both SIV and HIV are lentiviruses that take over a host cell, forcing the cell to make copies of the virus, and sending these copies (virions) to infect other cells. 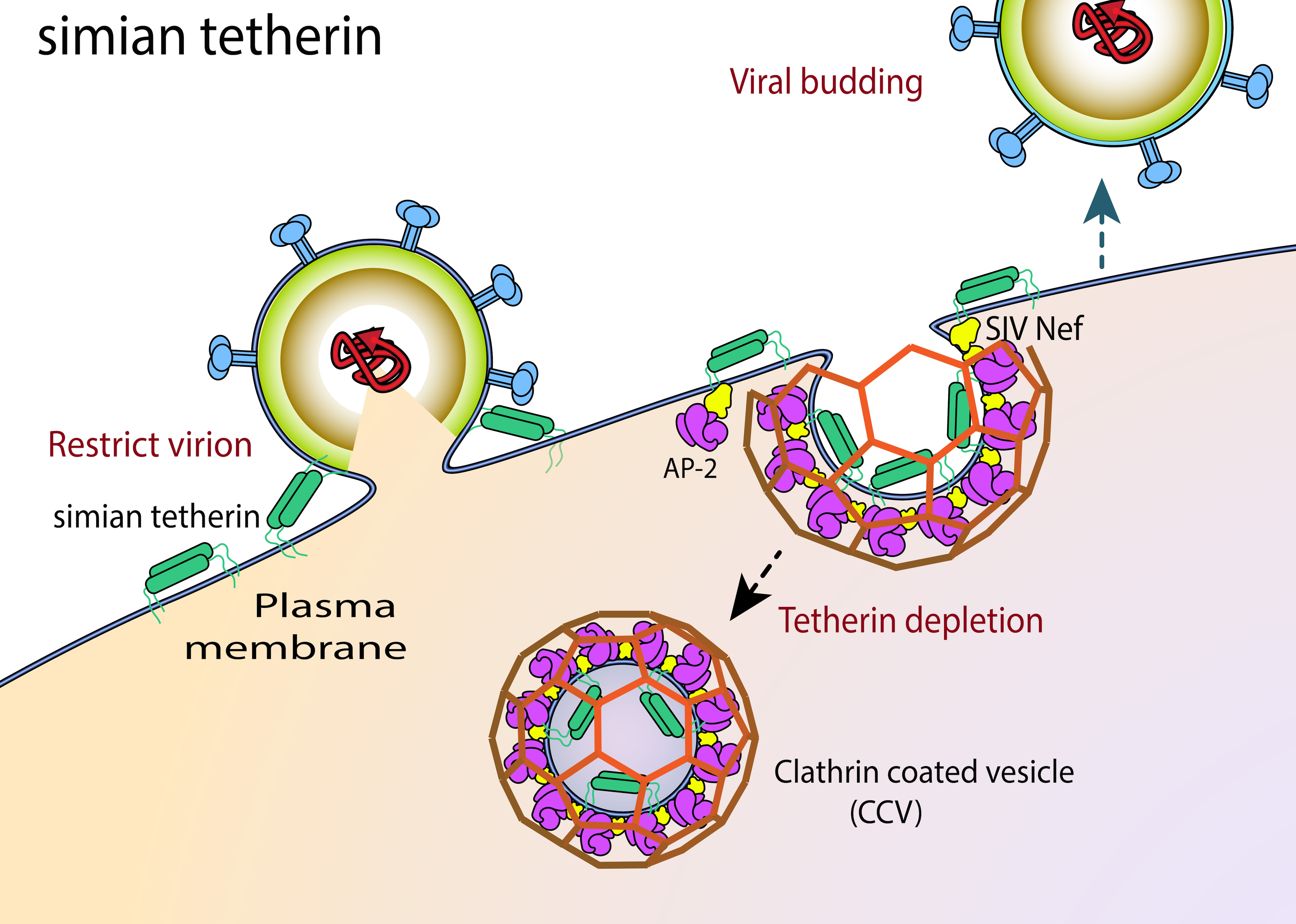 The virus wraps its DNA around a piece of the host cell’s membrane to make copies. The cell sheds this piece, and the virus is safely cocooned in a bubble until it finds another cell to infect.

Typically the immune system would recognize a virus and infection and destroy the entire cell, but SIV found a way to fight these natural defenses.

SIV virions staple themselves to the cell membrane with something called tetherin. A protein called Nef ramps up the cell’s recycling system forcing the cell to go into overdrive and shed tetherin, whether it’s connected to a virus or not. This allows copies to be safely ejected from the cell.

Humans developed a mutation which loosened the binding between Nef and the cell proteins and kept the tetherin firmly in place, preventing copies from infecting other cells.

Eventually, SIV found a workaround, a second protein to wedge in between the proteins and make copies once again.

“There were probably many crossovers into humans that failed, but eventually, some hunter in Africa, perhaps in the course of butchering a chimp, was exposed to the blood, and the virus then acquired an additional mutation, a small step that turned SIV into HIV,” said Hurley.

The study provides a detailed overview of how early humans evolved a mutation against SIV and the thousands of years it took for SIV to adopt a new strategy and infect human hosts.

“The main importance for this paper is that it tells us what was one of the last major barriers before the crossover to humans happened,” said Hurley. “The current paper is an archeological look at how this

The researchers published their findings in the journal Cell Host and Microbe.