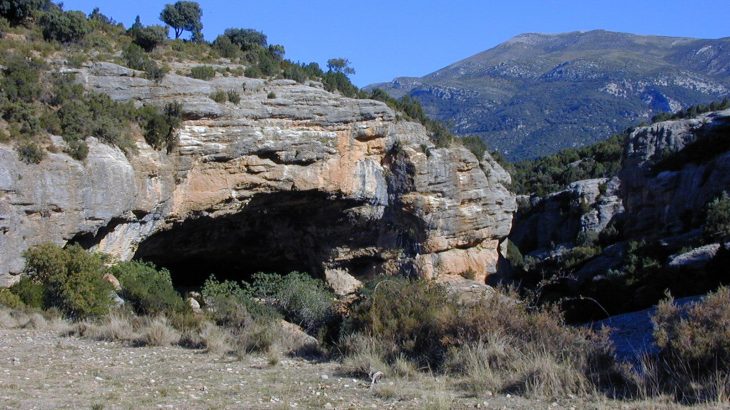 A new study has found that the diversity and genetic mixture amongst hunter-gatherers living thousands of years ago was much more complex than once thought.

This research, published in Current Biology, reports new genomic evidence pointing towards a more diverse genetic lineage for these hunter-gatherers, particularly in the Iberian Peninsula of Southwestern Europe – what we now know as Portugal and Spain – where they survived the Last Glacial Maximum (18,000-24,000 years ago).

“We can confirm the survival of an additional Paleolithic lineage that dates back to the Late Ice Age in Iberia,” says Wolfgang Haak of the Max Planck Institute for the Science of Human History. “This confirms the role of the Iberian Peninsula as a refuge during the Last Glacial Maximum, not only for fauna and flora but also for human populations.”

Past studies have found that western and central Europe were largely populated by ancestry linked to an ~14,000-year-old individual found in Villabruna, Italy. The ancestry of this individual replaced evidence of earlier ancestry more closely represented by 19,000-15,000-year-old individuals associated with what’s known as the Magdalenian cultural complex. However, little has been known about the genetic diversity of hunter-gatherers in southern Europe at this time… until now.

Haak and his colleagues have now reported new genome-wide data from 11 hunter-gatherers from Balmá Guilanyá in Spain. Their findings implicate dual ancestry of these individuals from both Villabruna and the Magdalenian-related individuals. This discovery indicates an early connection between these two areas, leading to a genetic ancestry that carried through to later Iberian hunter-gatherers.

“The hunter-gatherers from the Iberian Peninsula carry a mix of two older types of genetic ancestry: one that dates back to the Last Glacial Maximum and was once maximized in individuals attributed to Magdalenian culture and another one that is found everywhere in western and central Europe and had replaced the Magdalenian lineage during the Early Holocene, with the exception of the Iberian Peninsula,” explains Haak.

These findings were surprising to archaeologists, as they had previously described distinct cultural changes occurring with the Holocene hunter-gatherers. But this new genetic evidence paints a different picture, as it portrays an almost stable blend of two ancient source populations.

“At the same time, we can show that this genetic ancestry is also present in Early European farmers who expanded during the Neolithic period across Europe,” explains Vanessa Villalba, a PhD student who co-authored the study with Haak. “The fact that we can trace both hunter-gatherer lineages tells us that the newbies picked up this ancestry by mixing with the locals in Iberia. The signs of mixing between local hunter-gatherers and newly arriving farmers is fantastic to witness, even though we have virtually no overlap in the radiocarbon record in many areas of Iberia,” she says. “It just shows how much of the past we are still missing.”