Earthquakes linked to a tear in Earth’s mantle below Tibet • Earth.com 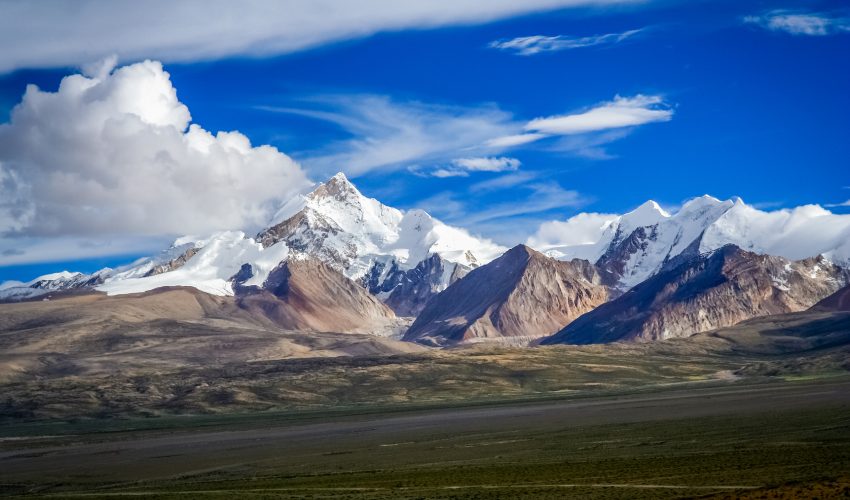 Earthquakes linked to a tear in Earth’s mantle below Tibet

The Tibetan Plateau, also known as the Himalayan Plateau, is the highest plateau in the world. It may also hold the key to understanding the deep geological processes that occurred when the Indian and Asian tectonic plates collided into each other 50 million years ago.

This collision helped shape the landscape of what is East Asia today, and unlocking the mysteries the Plateau could help predict and understand earthquakes, especially in volatile areas where little is known about the mantle beneath.

Researchers from the University of Illinois created one of the most detailed models of the geology below the Tibetan Plateau in a new study published in the journal Proceedings of the National Academy of Sciences.

“The continental collision between the Indian and Asian tectonic plates shaped the landscape of East Asia, producing some of the deadliest earthquakes in the world,” Xiaodong Song, a co-author of the study, said in a University of Illinois News Bureau release.

It turns out the upper mantle layer of the Indian tectonic plate has been torn into four pieces and each piece dives under Asia at a different angle and distance from where the tear in the plate originates.

The tears help explain some of Tibet’s unusual earthquake activity and why deep mantle earthquakes occur in some places but not others.

The torn parts of the mantle are exposed to more heat and have more give but the pieces of crust between the tears generate earthquakes as the plates move and shift.

“What were previously thought of as unusual locations for some of the intercontinental earthquakes in the southern Tibetan Plateau seem to make more sense now after looking at this model,” said Jiangtao Li,” a co-author of the study. “There is a striking correlation with the location of the earthquakes and the orientation of the fragmented Indian upper mantle.”

The researchers are hopeful that their model will help geoscientists with understanding how the Indian upper mantle shapes the Tibetan Plateau and make earthquake predictions more accurate.