Another round of earthquakes reported at Yellowstone supervolcano • Earth.com 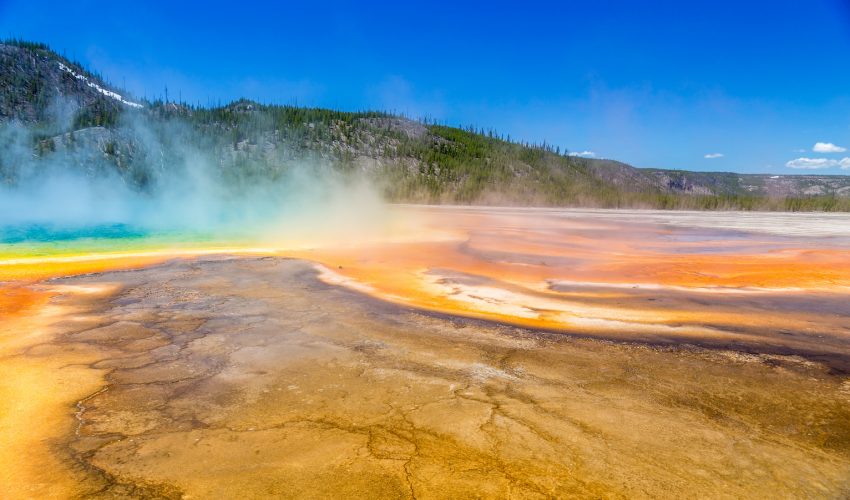 Another round of earthquakes reported at Yellowstone supervolcano

The Yellowstone supervolcano is making headlines yet again with a new swarm of earthquakes that started on February 8th.

In the past ten days, there have been more than 200 events, but seismologists say the activity is still weak and that there’s little to be alarmed about.

The United States Geological Survey (USGS) reported that none of the mini-quakes have been strong enough to be felt and are occurring roughly five miles below the surface.

“Swarms like this account for more than 50% of the seismic activity at Yellowstone, and no volcanic activity has occurred from any past such events,” says the USGS Yellowstone Volcano Observatory weekly column.  “As of the night of February 18, over 200 earthquakes have been located in an area.”

The site of the activity coincided with last year’s Maple Creek Swarm, which resulted in approximately 2,400 earthquakes, and this current round may just be a continuation of that period of activity.

The Yellowstone Caldera underneath Yellowstone National Park is a hotbed of seismic activity.

Several faults lie beneath the wilderness reserve and swarms are not uncommon in areas like Yellowstone where small changes and stress along the faults create a string of earthquakes.

The geological processes responsible for the current swarm are a combination of movement along the fault lines and pressure changes deep below the surface.

“Swarms reflect changes in stress along small faults beneath the surface, and generally are caused by two processes: large-scale tectonic forces, and pressure changes beneath the surface due to accumulation and/or withdrawal of fluids (magma, water, and/or gas),” states the Yellowstone Observatory Column.

While seismic activity is not uncommon and this present swarm is not yet a cause for concern, USGS seismologists get an opportunity to finetune their monitoring methods and research.