Could an ancient ocean plate be fueling Yellowstone supervolcano? • Earth.com 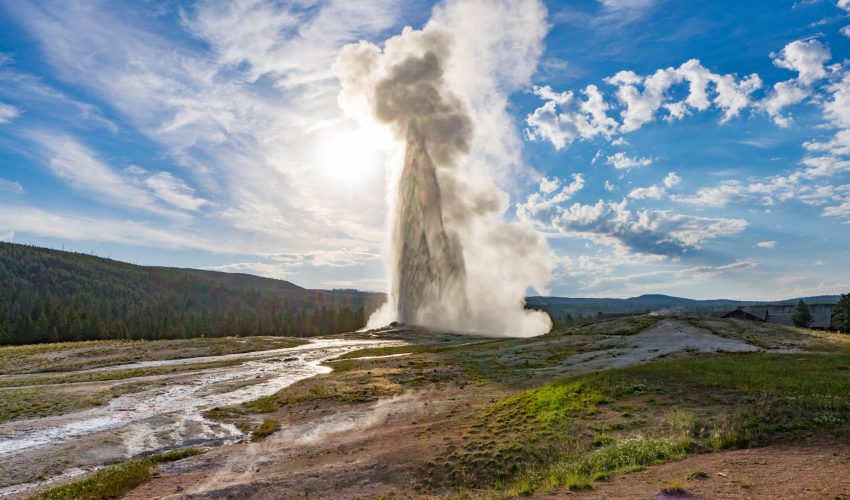 Could an ancient ocean plate be fueling Yellowstone supervolcano?

A new study from researchers at the University of Illinois at Urbana-Champaign is contradicting what many experts believe about the cause of volcanic activity in Yellowstone.

The findings of the analysis indicate that a tectonic plate known as the Farallon Plate, which began descending below the continent of North America about 200 millions of years ago, may have triggered past volcanic eruptions in Yellowstone.

Scientists have long believed that a mantle plume, or abnormally hot rock that rises from the Earth’s core, was responsible for this activity.

“The heat needed to drive volcanism usually occurs in areas where tectonic plates meet and one slab of crust slides, or subducts, under another,” said study lead author Lijun Liu.

“However, Yellowstone and other volcanic areas of the inland western U.S. are far away from the active plate boundaries along the West Coast. In these inland cases, a deep-seated heat source known as a mantle plume is suspected of driving crustal melting and surface volcanism.”

The “supervolcano” located beneath Yellowstone National Park last erupted 640,000 years ago, but the activity in this region dates back 17 million years. As the eruptions moved in a northeastern direction, records were left behind in the form of craters.

Because these tracks resemble the ones left behind from a mantle plume which developed the Hawaiian islands, many experts derived that a hotspot of rock in the Earth’s core must also be responsible for the past eruptions in Yellowstone National Park.

As a result of the current study, however, Liu and his colleagues have determined that the Farallon Plate is shifting the Earth’s mantle circulation. Computer simulations modeled by the team suggested that this interaction is the driving force behind the volcanic activity in Yellowstone.

“A robust result from these models is that the heat source behind the extensive inland volcanism actually originated from the shallow oceanic mantle to the west of the Pacific Northwest coast,” Liu told the Illinois News Bureau. “This directly challenges the traditional view that most of the heat came from the plume below Yellowstone.”