Eating chili peppers could save your life • Earth.com 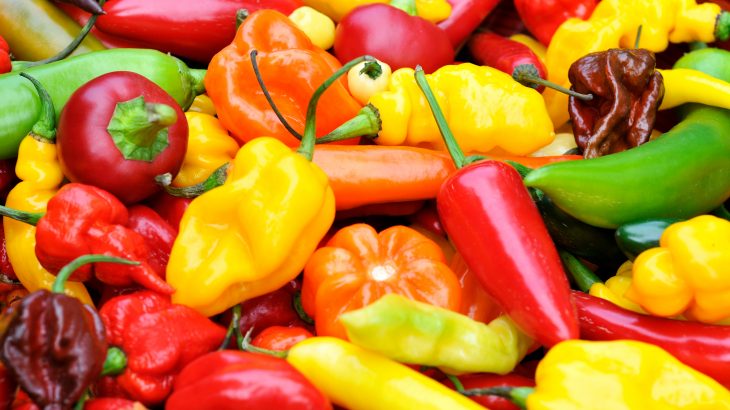 Eating chili peppers could save your life

Eating chili peppers may help you live longer, according to a new study from the American Heart Association. The researchers found that the compound capsaicin, which gives chili peppers their spicy flavor, significantly reduces the risk of premature death from cardiovascular disease or cancer.

In previous studies, experts have found that capsaicin has anti-inflammatory and antioxidant properties that help to prevent cancer. To investigate the link between chili pepper consumption and fatal cardiovascular disease, the researchers screened 4,729 studies from five leading global health databases.

The study was ultimately focused on four large studies which revealed the health outcomes associated with eating chili peppers based on the dietary records of more than 570,000 individuals in the United States, Italy, China, and Iran.

“We were surprised to find that in these previously published studies, regular consumption of chili pepper was associated with an overall risk-reduction of all cause, CVD and cancer mortality. It highlights that dietary factors may play an important role in overall health,” said Dr. Xu.

“The exact reasons and mechanisms that might explain our findings, though, are currently unknown. Therefore, it is impossible to conclusively say that eating more chili pepper can prolong life and reduce deaths, especially from cardiovascular factors or cancer. More research, especially evidence from randomized controlled studies, is needed to confirm these preliminary findings.”

While the study is in the preliminary phase, the experts will continue to analyze the data.

The research was presented at AHA Scientific Sessions 2020.