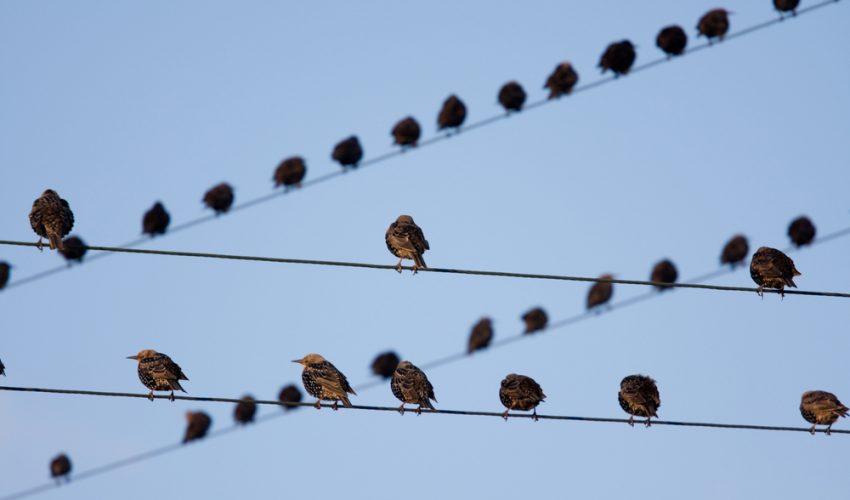 Global communication systems, from 3G and 4G networks to to WiFi and wires, emit electromagnetic radiation. As those networks grow, so does the amount of radiation they produce – and it could be threatening wildlife, a new report suggests.

The verdict comes from EKLIPSE, a European Commission-funded project that seeks to support scientific research and create links between science and social policy, after the UK nonprofit Buglife requested a review of current information.

After looking at existing research, EKLIPSE identified some major knowledge gaps on how EMR affects invertebrates, vertebrates and plants. Those gaps could be causing researchers to underestimate the effects of EMR on plant and animal life.

“… the existing community of experts in this field is still very limited, and research tends to be focused on only a few specific species or taxa, and certain types of radiations,” EKLIPSE wrote in a web conference report. “The technical set up and conditions in which the studies are undertaken are often questionable, and there are no common standards or methodologies that can be used to compare and/or reproduce the experiments.”

The review found that communications systems may be threatening wildlife and plants more than previously believed. Powerlines, WiFi, cellphone data networks, TV and radio broadcasts, and radar could all have negative effects on wildlife, reviewers found.

The electromagnetic radiation these networks produce could affect how insects and birds navigate, and negatively affect plant growth, the scientists said.

More worrying are the massive gaps in knowledge.

During the web conference, researchers pointed out that there are few studies into the positive effects of EMR – should they exist – in addition to the lack of research on negative effects. Studies are also needed into how new frequencies affect living organisms, and whether they are more or less harmful than traditional EMR sources.

When it comes to animals, more lab-based research, studies of animal populations near major EMR sources, cellular studies and a review of older papers are among the studies needed to determine if EMR is threatening wildlife.

The experts who participated in the web conference suggested that researchers create a cross-disciplinary platform to promote better EMR research, organize citizen science projects, improve methods and standardize measurements, and work with government organizations to acquire funding for more research, among other steps.

In the meantime, they said, developers should avoid putting EMR sources in wild areas and provide better education covering the knowledge that does exist about EMR, especially in poorer countries.

“We apply limits to all types of pollution to protect the habitability of our environment, but as yet, even in Europe, the safe limits of electromagnetic radiation have not been determined, let alone applied,” Buglife CEO Matt Shardlow told the Daily Mail. “This is a classic case of ‘out of sight, out of mind.’”