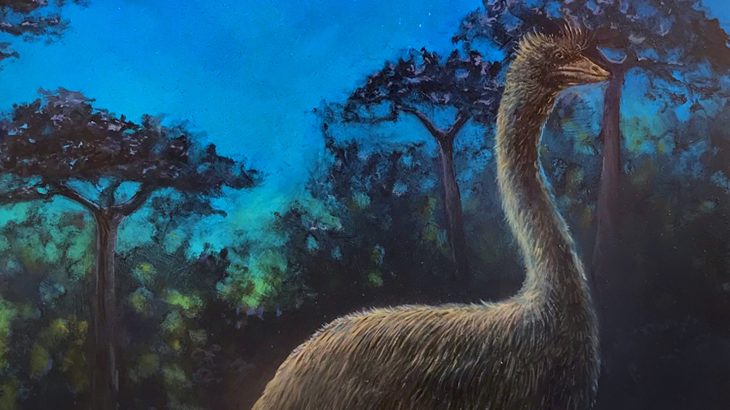 While not quite as big as a full-grown elephant, the long-extinct elephant bird was a behemoth of an animal.

Some species of elephant bird were 10 feet tall and weighed 1,000 pounds, but the birds were driven to extinction due to hunting, habitat loss, and changes in climate. Elephant birds lived on the Island of Madagascar and went extinct anywhere from 500 to 1,000 years ago.

Very little is known about these massive creatures, but a recent study of elephant bird skulls has yielded some surprising revelations, including that the birds were likely nocturnal.

Researchers from the University of Texas at Austin conducted a study examining elephant bird skulls and compared them to other close relatives of the extinct species.

“Studying brain shape is a really useful way of connecting ecology — the relationship between the bird and the environment — and anatomy,” said Christopher Torres, the leader of the research. “Discoveries like these give us tremendous insights into the lives of these bizarre and poorly understood birds.” 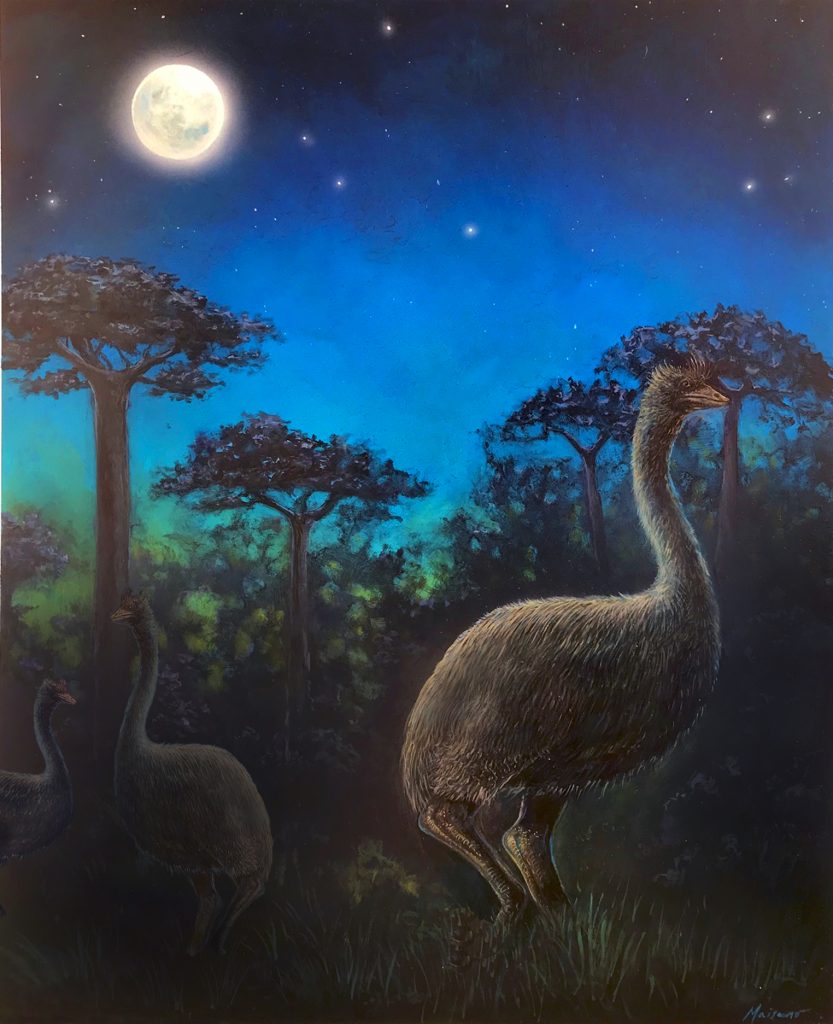 Because so little research exists on the birds it was assumed that elephant birds were similar to large flightless birds alive today like the emu.

The researchers analyzed the skulls from two species of elephant bird and used CT-imaging to create a digital brain reconstruction called an endocast. An endocast is a 3D model of the space within a cavity.

Bird skulls wrap tightly around their brains and so endocasts provide researchers with an in-depth look at the different regions of the brain and its shaped.

The elephant bird endocasts were then compared to endocasts of several close relatives of the species including the Kiwi, a flightless bird native to New Zealand.

“No one has ever suspected that elephant birds were nocturnal,” said Torres. “The few studies that speculated on what their behavior was like explicitly assumed they were active during the day.”

The endocasts also gave the researchers a clue as to where the elephant birds lived as the larger species of bird had a large olfactory bulb which suggests that it lived in forests.

The study sheds new light on a long since extinct bird, and by taking a closer look at the species researchers can get a better idea of what life was like on Madagascar long ago.

Image Credit: John Maisano for the University of Texas at Austin Jackson School of Geosciences