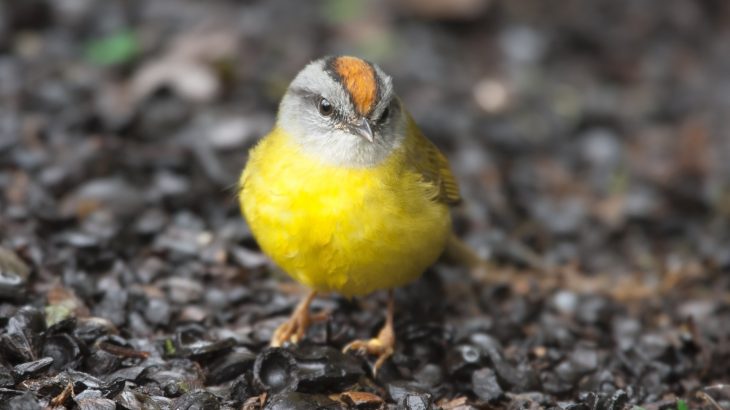 Mountain birds are on a rising “escalator to extinction,” according to a recent study published in the Proceedings of the National Academy of Sciences.

It’s been theorized that as climate change makes local habitats inhospitable, some species will navigate to higher ground where conditions are more favorable.

Finding real-world confirmation that climate change is driving species to higher altitudes has been challenging, but researchers from Cornell and the University of British Columbia had a rare opportunity to compare mountain bird populations in Peru based on a 1985 survey.

The study proves what researchers and climate models have predicted, that climate change is driving local bird species towards extinction.

“A study like this where you have historical data you can go back to and compare is very rare,” Mark Urban, director of the Center of Biological Risk at the University of Connecticut, told the Associated Press. “As long as the species can disperse, you will see species marching up the mountain, until that escalator becomes a stairway to heaven.”

The 1985 study served as a crucial baseline for the recent research, and in 2017 a team of researchers followed the same methods of the earlier study to survey over 400 species of birds in southeastern Peru.

Forty foot nets were used to catch and release tropical birds, and microphone boxes placed on the mountain were used to record the chirps of different bird species.

Between the earlier survey and the study conducted in 2017, temperatures in the mountain area of Peru rose an average .76 degrees Fahrenheit, and this increase was enough to shift populations to new latitudes.

“We found that the bird communities were moving up the slope to reach the climate conditions to which they were originally adapted,” Benjamin Freeman, the lead author of the new study told the Associated Press. “Near the top of the mountain, the bird species moved higher by 321 feet (98 meters), on average.”

According to Freeman, temperature is the largest influencing factor for these tropical birds.

Unfortunately, while the birds are moving up to increase their odds of survival, it’s rapidly increasing their odds of extinction and eight species have already completely disappeared from the mountain.

“Once you move up as far as you can go, there’s nowhere else left,” said John W. Fitzpatrick, a study author and director of the Cornell Laboratory of Ornithology. “On this particular mountain, some ridgetop bird populations were literally wiped out. We should expect that what’s happening on this mountaintop is happening more generally in the Andes, and other tropical mountain ranges.”