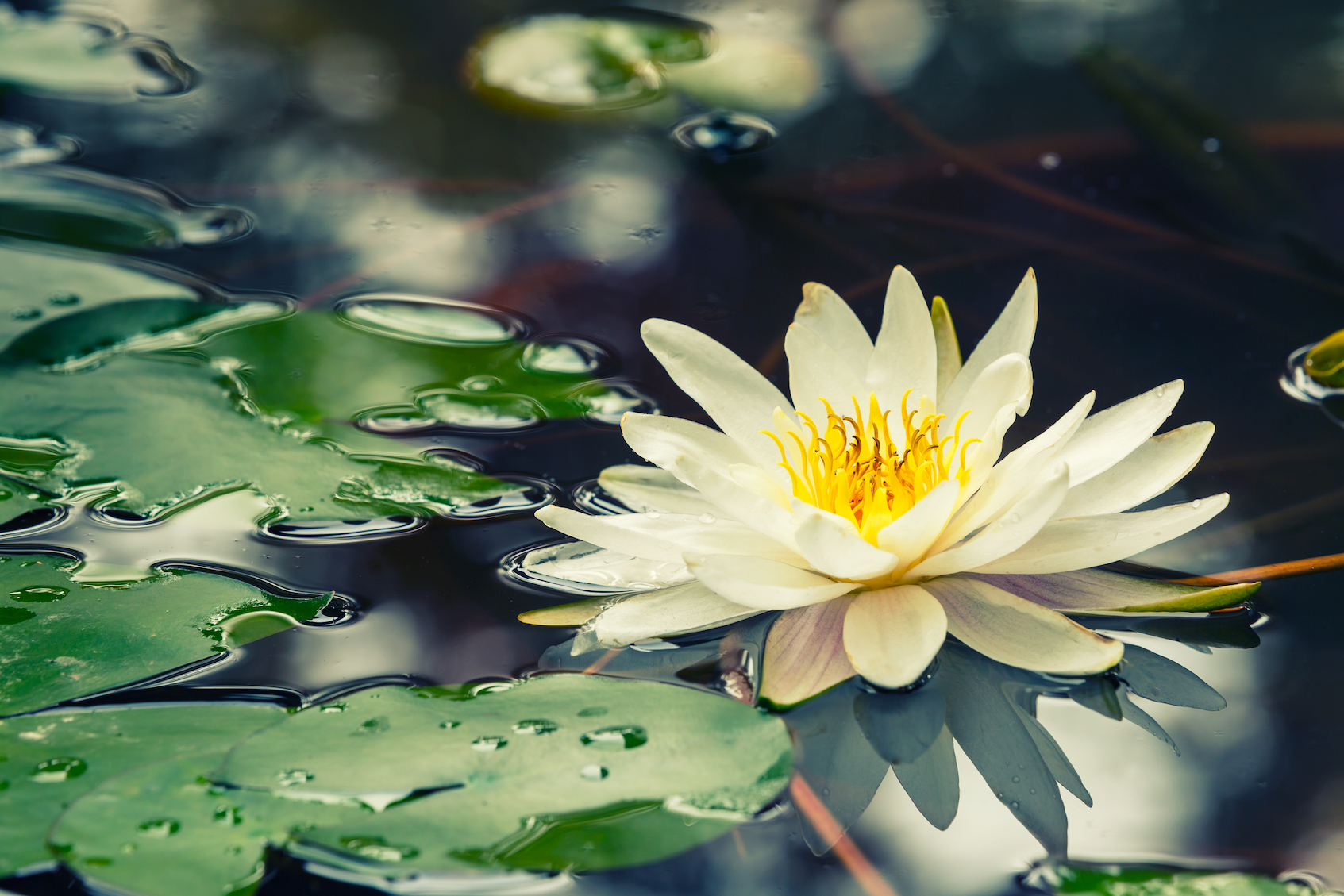 Can climate change be a beautiful thing? At least it can sometimes seem that way. When observed at a very micro level, some of the damage created by our irresponsible environmental stewardship can look misleadingly attractive.

The French impressionist Claude Monet wrote, “I am only good at two things: gardening and painting.” He combined his two talents by spending the last 30 years of his life mainly painting the waterlilies in his beloved garden – a portfolio of some 250 of his most classic works.

Monet’s waterlilies would be in colorful abundance if he were alive today. That, unfortunately, is at least in part because the greenhouse effect, brought on by the release of carbon dioxide into the atmosphere. The effect warms the planet – and waterlilies love the warmth. They also thrive in shallow water, and that’s an environmental fact in many regions of the world.

Not that all waterlilies are thriving these days. Tropical lilies In the Na Kha river basin in Thailand are threatened with extinction due to the damage done by water pollution.

The description of a vast emerald green body of water sounds inviting. Except that this particular photo op portends a winter dead zone in the Arabian Sea about the size of Texas – and still growing. The water’s soothing coloration is due to the winter and summer bloom of Noctiluca scintillans, more commonly known as sea sparkle. These microscopic bioluminescent plankton glow because of the chlorophyll in them. And their widespread presence here is because they – and they alone – thrive in the dying waters.

The Arabian Sea has this ever-growing patch of oxygen-depleted water because of the overpowering amount of raw sewage and fertilizer that finds its way into the sea. Man’s devastation throws off the whole food chain, resulting in the loss of the fishing that sustains life in the region – and a beautiful, serene sea of emerald green.

Noctiluca scintillans strikes again. Only this time the plankton’s base is at Preservation Bay, along the southern coast of Australia. CBS News described the sea sparkle bloom, just a few days ago, as “an ethereal blue light riding the waves along a beach in Tasmania.”

As poetic as it sounds – and the sight is attracting tourists and photographers – this plankton outburst once again signifies troubled waters. Different outbreaks of the sea sparkle have bloomed in green, such as in the Arabian Sea, or in red, as occurred at Bondi Beach in Sydney, Australia in 2012.

Regardless of the attractive coloration of the plankton, and of the gracious waterlilies, this activity taps into the damage human beings are causing our environment in a variety of ways. It’s a potentially deadly beauty, and one that only a photographer or landscape artist could truly appreciate.