Environmental DNA can be used to monitor grass pollen • Earth.com 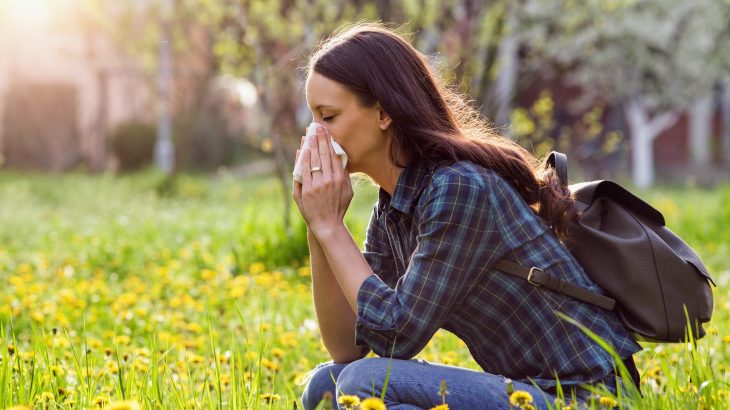 Environmental DNA can be used to monitor grass pollen

In a new study from Cell Press, experts report on how environmental DNA could be used to monitor grass pollen levels and to help identify which of thousands of types of grasses are triggers for allergic reactions. Grass pollen is responsible for respiratory conditions such as allergic asthma and hay fever.

“These findings represent a first step towards changing and improving our understanding of the complex relationships between pollen and population health,” said study lead author Benedict Wheeler of the University of Exeter.

“If confirmed and refined, this research could help to improve pollen forecasts and warnings in the future, supporting individual and community-level prevention strategies and management of healthcare system responses.”

The researchers noted that over 400 million people around the world suffer from allergic rhinitis, commonly known as hay fever, while another 300 million have asthma.

Even though grass is a common allergen, it has remained unclear which of more than 11,000 species are the main triggers.

“Previous investigations of airborne grass pollen have been constrained by the way in which concentrations of grass pollen in the atmosphere are typically monitored: using optical microscopy to identify and count pollen grains collected from aerial samplers,” said study co-author Francis Rowney.

“Since grass pollen grains from different taxa are generally not distinguishable using optical microscopy, most epidemiology has focused on population exposure to total grass pollen concentrations and how they associate with allergy-related health outcomes.”

Based on this data, the team looked for correlations between the prevalence of particular types of grass pollen and the incidence of severe asthma episodes, as well as the prescriptions for allergy medicines.

The study revealed that the prevalence of airborne pollen from different grass species was largely variable throughout the season. The results also indicated that some types of grass pollen are more harmful to human health than others.

“We’ve known for a long time that grass pollen has important implications for health at population scales, but, we didn’t really know very much about different types of grass pollen,” said study co-author Georgina Brennan.

“This research suggests that there may be important differences in the public health impacts of pollen from different grasses. It suggests we should work to find out more and to consider whether the way we manage pollen health risks – such as warnings in the weather forecast – can be improved.”