Exploitation and deforestation as Madagascar continues to burn • Earth.com 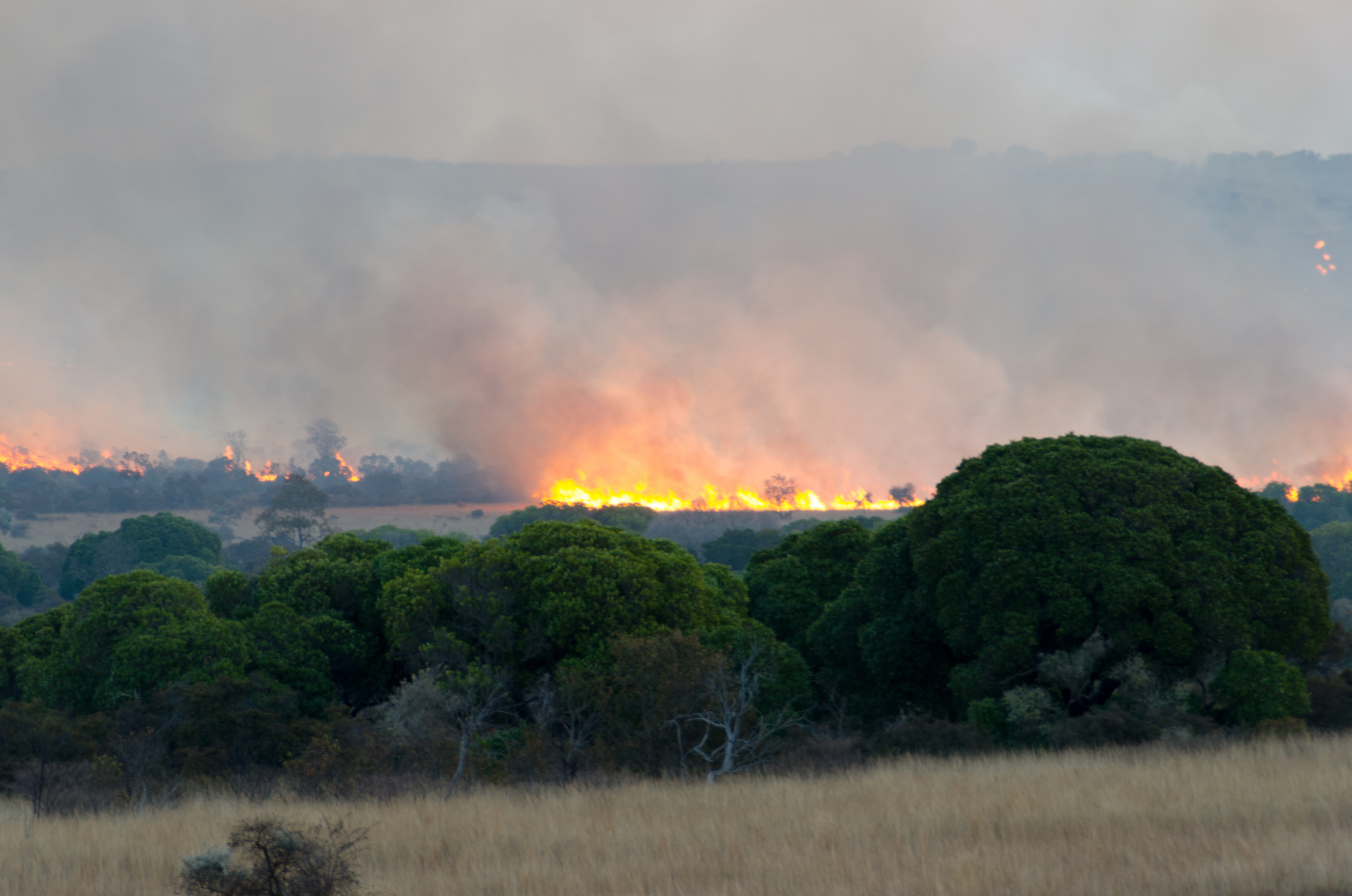 Exploitation and deforestation as Madagascar continues to burn

I remember standing at the top of a hillside in a field biology camp in Madagascar.  At night from a high vantage point, it seemed like you could always see a fire burning somewhere.  The little far off eruptions of flames in the dark, tropical night were eerie and haunting. Knowing what the fires meant is what made them tragic.

Today roughly 90% of Madagascar’s spectacularly unique forests have been destroyed, and much of the destruction has come from slash and burn agriculture, or as the fires are called locally. tavy.  The problem with tavy is that in the end, the land is left bereft of the nutrients that supported vegetation such as forest or the later rice paddies.  When the land is eventually abandoned after its usefulness, erosion often occurs and it’s extremely hard for forests to reclaim the land in the short-term.  It’s said that from space, Madagascar looks like it’s bleeding from the run-off of red soil in the oceans surrounding the island nation.

People have been living on Madagascar for only about 2,000 years, a very short time when considering how long people have lived in Africa, Asia or even North America and Australia.  People arrived on Madagascar probably by boat from both Africa and Asia and brought agriculture with them. Rice paddies dominate much of the land in Madagascar, hills are terraced extensively to grow rice, I even saw a large rice paddy bordering directly on a trash landfill.  Cattle are also common, with the Zebu breed of cow, which looks similar to Brahmas being popular. Men herding cows down roads on foot is a common thing to see in Madagascar. I’ve ridden in public transportation past men bedded down by highways with their cows at night cooking over small campfires.

It’s not only clearing land for more agriculture that’s burning up Madagascar’s forest.  It’s also charcoal. Even mangrove forests and marshes are burned to create charcoal.

Charcoal production and agriculture are both driven by a basic desire to survive.  Madagascar is one of the world’s poorest nations and people do what they must just to get by.  I saw kids less than ten years old dressed in taters, filling potholes in public roads in the hopes that drivers would give them a few coins for their labor.  It was common when eating at a restaurant to see people standing outside a window by your table, watching you eat and hoping you’d be generous enough to give a piece of bread from your meal.  A reforestation effort I was working on paid locals five dollars a day to plant trees and for that price, dozens of people always lined up, eager to work. Some non-profit organizations pay Malagasy people (locals) in rice instead of money for their labors but the situation is so desperate that they still have no problem finding workers.  Funerals for people in their twenties and thirties were depressingly commonplace and I attended or was invited (as a volunteer) to at least a dozen funerals in the small community I stayed at in five months. I wasn’t in one of the poorer parts of Madagascar either. The Guardian reported in 2015 that almost 1.9 million people in Southern Madagascar don’t have secure food supplies.  According to the European Commission, 92% of Madagascar’s population lives on less than $2 per day.

Over the years I’ve heard many people express a variety of opinions on what must be done to save the forests of Madagascar.  It’s no wonder people want to save Madagascar, the rainforests, spiny forests, desert, even the reefs surrounding Madagascar are home to spectacular wildlife.  The Guardian reported in 2011 that in the previous decade, 600 new species had been discovered in Madagascar.  It’s all the more striking that so many species have been found in a place that’s been intensely researched, explored and inhabited for the last 2,000 years.

There are cities, roads, villages, farms throughout Madagascar, and nothing is as remote as the far reaches of the Amazon, Arctic or Congo.  Madagascar is the only wild home to lemurs, made famous for their cartoon counterparts in the 2005 film Madagascar that danced and sang, ‘I like to move it move it’.  There are 105 living species of the strange, primordial primate.  It’s thought lemurs may be similar to ancient primates, including our very distant ancestors but they’ve erupted in biodiversity being adapted to numerous niches from nocturnal pollinators to diurnal leaf eaters.

Madagascar is also home to two-thirds of the world’s chameleon species, strange creatures varying in size from barely more than the head of a match stick to the Parson’s chameleon which measures roughly 27 inches long.  Strange geckoes camouflage themselves looking like little more than lichen on trees and pale blind fishes live in the caves of Madagascar.  According to wildmadagascar.org, 70 to 80% of Madagascar’s 12,000 plant species are found nowhere else on Earth.

Part of the problem is we really have little grasp on how to ‘save’ Madagascar despite the quickness of well-intentioned people to espouse opinions.  At least those who are in charge of large NGOs and aid groups seem to be helping Madagascar very little. The organization I volunteered for oversaw the planting of many trees, the majority of which were non-native with no clear idea of the impact of the non-native trees on the ecosystem.

Aid to local governments was also slow in coming, basic safety measures like running water, street lights and good hospitals were hard to find.  USAID has been working in Madagascar for 33 years, and according to the organization,  the US gave Madagascar $91 million in aid in 2016. The EU has also historically given aid to Madagascar, there are impressive bridges spanning rivers with plaques saying they were built by EU aid.  The EU has pledged to give €518 million in aid from 2014 to 2020 to Madagascar, aimed at rural development, infrastructure support and governance assistance.

In a country that has previously had foreign aid account for 40% of its budget, it’s hard to understand why we can’t support people without burning down the forest and destroying the nation’s most precious resource: soil.

The US as one of the main sources of aid to Madagascar benefits as well from trade agreements with the country.  Non-profit organizations routinely cash in on short-term volunteers naively feeling they’ll make a difference in saving biodiversity or alleviating poverty.  The organization I once volunteered to plant trees with for free now charges $210 to reserve a volunteer spot, $650 for accommodation fees for three months and $70 to $90 to get a visa for your stay.  It’s hard to feel you’re making as much of an impact through work as you are through paying to work in a country where $5/day is a living wage.

Most organizations seem instead of engaging locals to focus on bringing volunteers to places they have no deep connection to and turning a profit.  As Madagascar continues to burn, the root problem continues to grow as well: exploitation of a land and a people too powerless to stop the relentless march of exploitative capitalism.