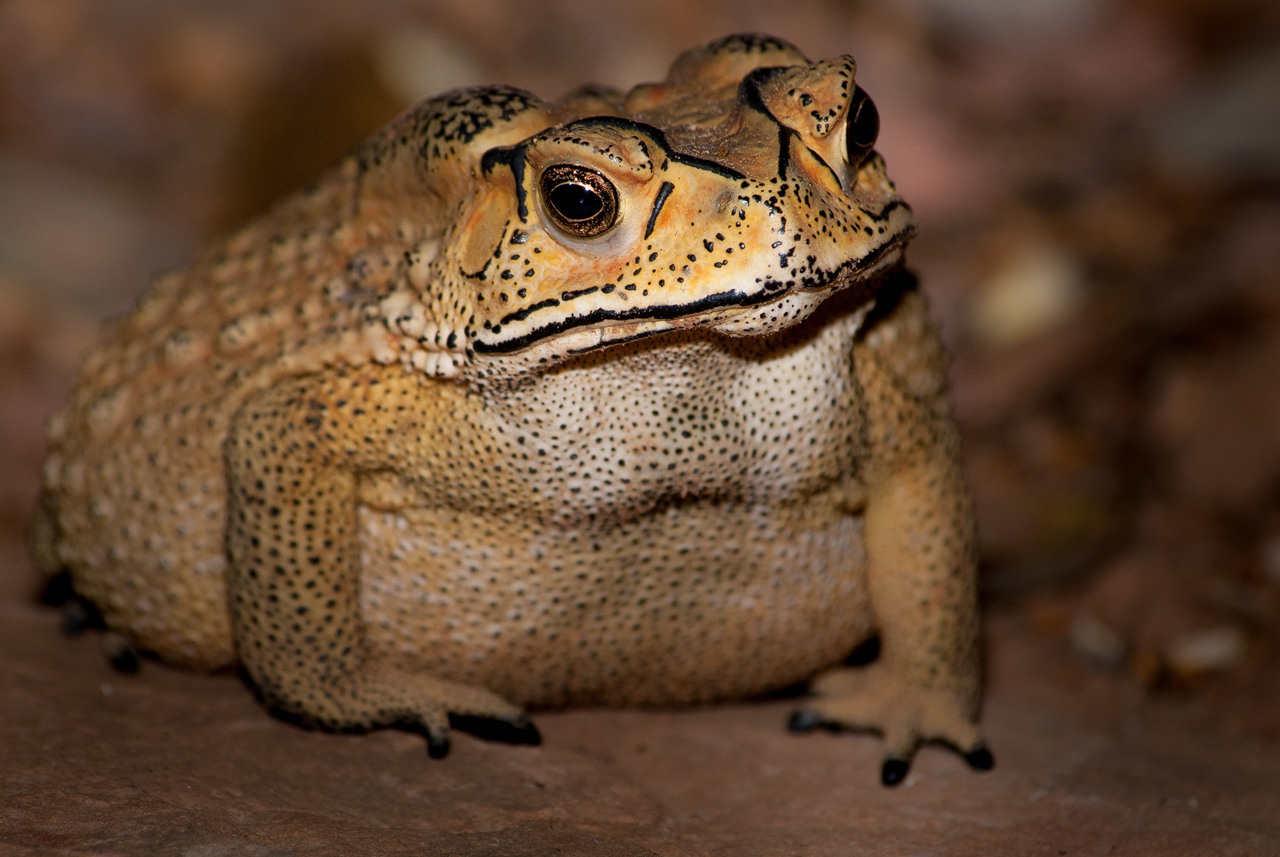 A new study has confirmed fears about the recent introduction of a toxic Asian toad to Madagascar. Researchers have found genetic evidence to support the theory that predators native to Madagascar are highly sensitive to toad toxins, and could die from eating the toads.

“In Australia, the introduction of cane toads has caused profound perturbation to many ecosystems by removing key predators from local food webs with their toxins,” explained study co-author Wolfgang Wüster of Bangor University.

“Similar effects are likely to occur in Madagascar, where toads were never present before, as well; predators that frequently feed on toads and do not rapidly learn or evolve to avoid them are likely to become much rarer or possibly extinct.”

The bufonidae species of toads secrete chemical compounds known as bufadienolides that can kill predators by suppressing the sodium-potassium pump.Some predator species have evolved resistance to these toxins, but this takes time and repeated exposure.

The controversial introduction of the invasive Asian toads, or Duttaphrynus melanostictus, to Madagascar sparked a debate over their potential impact and also over actions that may be needed to control them.

“A crucial knowledge gap has been whether native Malagasy predators are indeed sensitive to toad toxins: this has been widely assumed by conservationists, but without concrete evidence,” explained Rakotoarison.

In the current study, the researchers examined the DNA of animals that may prey on the newly-introduced toads, including 27 snakes, two lizards, 12 frogs, eight mammals and 28 birds.

The study revealed that only one single native species has evolved resistance to the toad’s poisonous secretion, suggesting that the alien species must be controlled in order to prevent the progression of the ongoing biodiversity crisis in Madagascar.

“Our findings confirm that the invasive toads are likely to have a significant impact on many Malagasy endemic species, adding to the country’s existing conservation problems and potentially endangering many of Madagascar’s most iconic endemic species, such as tenrecs and the enigmatic fossa, as well as a plethora of other species,” said study co-author Nicholas Casewell.

According to the researchers, further investigation is needed to evaluate the threat from the toad’s tadpoles to fish, water beetles, dragonfly larvae, and crustaceans.

“This is another example of how species introduced from one part of the world to another can disrupt natural ecosystems,”  said first author Ben Marshall. “Preventing the introduction of alien invasive species must be a top priority for biodiversity conservation.”