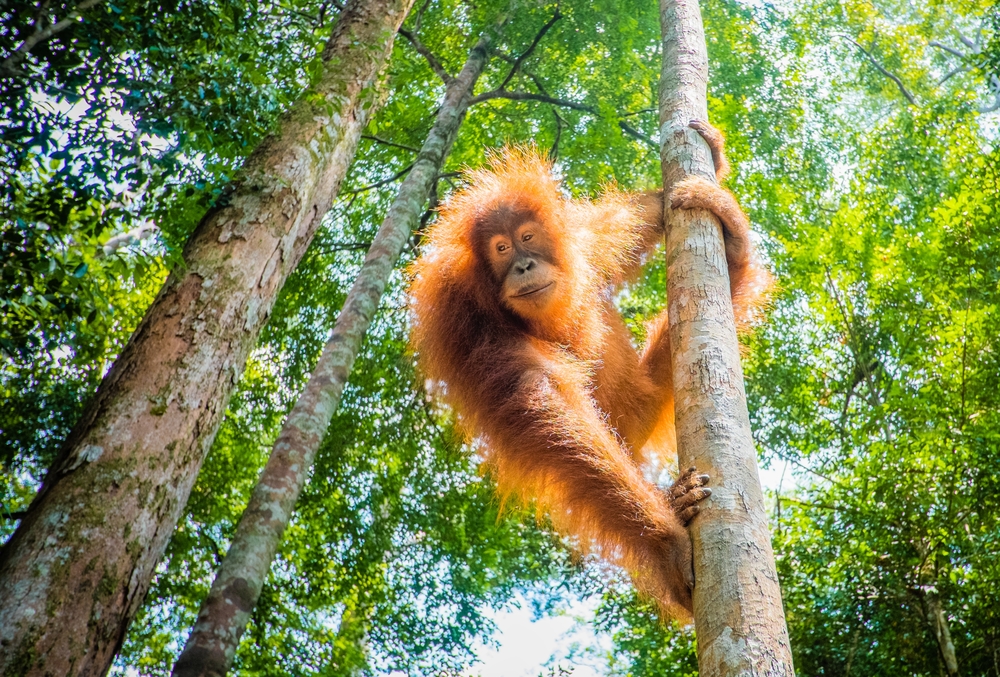 When it comes to the primate family, humans aren’t sharing well with their cousins. Now, as the growing human population eats away at chimp, orangutan, and other non-human primate habitats, extinction looms for some species.

The majority of primate species – a full two-thirds – are found in just four countries around the world: Brazil, Indonesia, Madagascar and the Democratic Republic of the Congo. Sixty percent of them are facing the threat of extinction before the end of the century, a new study claims.

And as humans convert wild lands to agriculture, housing developments and other human uses, their habitat is shrinking and fragmenting. As a result, researchers said, non-human primate populations are in decline around the world.

The university, which led the study, used data from the United Nations and the World Bank to predict how non-human primate populations will change in the near future.

They found that if the status quo doesn’t change, by 2100 the habitat for primates will have shrunk dramatically in all four countries – most drastically, by 78 percent in Brazil and 72 percent in Indonesia.

In short, without changes, extinction looms for humans’ closest cousins in those four countries.

Primate populations are small elsewhere. In Europe, for example, the only native population of wild monkeys is on the rock of Gibraltar.

Expanding protections of primate habitat in Brazil, Indonesia, Madagascar and the Congo is vital, but it’s not the only way humans can help their closest relatives on the evolutionary tree.

“People do not realise that in their daily lives, by consuming less and making more ecologically friendly consumer choices, such as reducing use of single use plastic and eating food grown locally, they can have direct impacts on tropical forests and the long-term sustainability of biodiversity,” Nekaris said.

The research has been published in the journal Peer J.