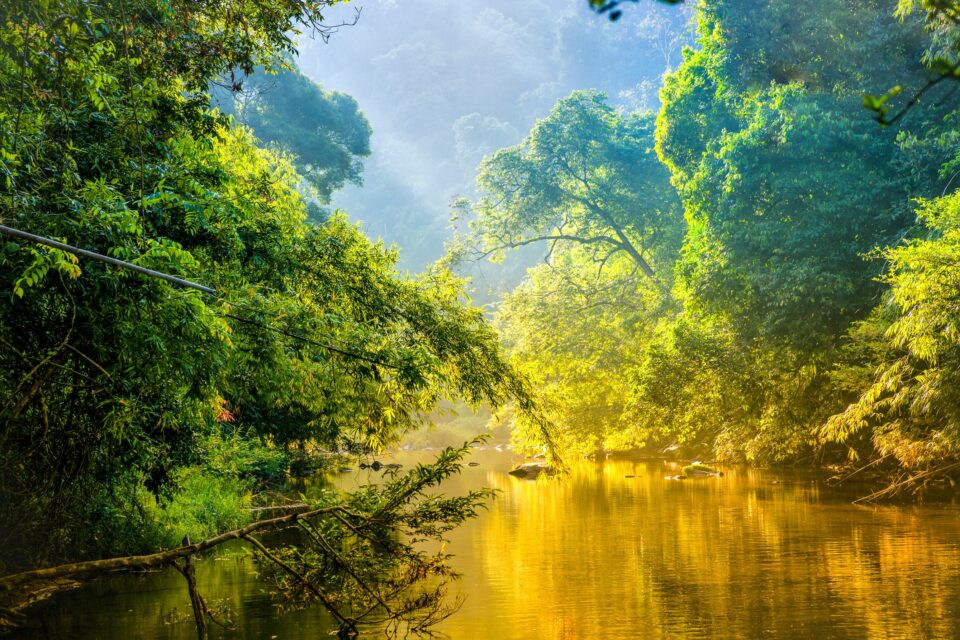 Extreme heat stress will impact millions in the Brazilian Amazon

Today, the world’s largest rainforest, the Amazon forest, is facing threats due to large-scale deforestation and biodiversity loss. Earlier research in the field of climate change has established the necessity to preserve tropical forests, as they absorb carbon and reduce CO2 levels in the atmosphere. Recent studies illustrate that deforestation of tropical forests can also increase extreme heat and decrease regional rainfall, thus influencing the local climate.

According to previous research, the Amazon region has already begun experiencing the cumulative impact of deforestation and climate change, with the most extreme heat increases documented in vast deforested areas between 2003 and 2018. The agricultural industry is also witnessing the effects of this severe heat and reduced rainfall.

A recent study by Brazilian researchers is the first attempt to investigate how human health and productivity will be impacted due to rapid forest loss and climate change in the Amazon region.

According to the study, large-scale deforestation of the Amazon rainforest coupled with climate change will increase the number of people in northern Brazil exposed to extreme heat, with potentially deadly and devastating economic consequences.

It is estimated that approximately 12 million people will be exposed to extreme risk of heat stress by 2100. The study predicted that 16 percent of municipalities in Brazil might be impacted by thermal stress due to the savannization of the Amazon and approximately 42 percent of the affected region will be in Northern Brazil which includes socially vulnerable areas.

The researchers predict that as a result of climate change and deforestation, physiologically unbearable levels of extreme heat will have a significant impact on regions where highly vulnerable populations, including Indigenous peoples, reside. The study identified outdoor workers (who are already exposed to high temperatures) as highly vulnerable to health risks due to the increasing temperature.

According to the study, the Amazon region has a deforestation threshold and reaching this threshold can cause an “extreme health effect” that can threaten human survival in the region.

The report states that continued exposure to increasing temperature and humidity can impact the physical and psychological well-being of human beings. The predicted consequences include a rise in body temperature, weakened cooling abilities, dehydration and exhaustion. In more critical cases, there is a risk of failure of vital functions, which can lead to death.

Beyond health risks, deforestation and climate change can also impact the economy. A projected increase of 1.5°C  in global average temperatures by 2030 could result in the loss of 850,000 full-time jobs in Brazil, primarily in the agriculture and construction sectors. The increased exposure to thermal stress can also reduce productivity in various industries.

“Extreme heat conditions induced by deforestation may have significant and long-lasting adverse effects on human health. If deforestation continues at its current rate, the effects for our civilization will be dramatic,” said study co-author Paulo Nobre, senior researcher at Brazil’s National Institute for Space Research (INPE).

The researchers noted that residents may suffer precarious survival conditions, which could aggravate impacts like large scale immigration.

The study reveals that deforestation and its impacts lead to increased inequality and vulnerability, which, when coupled with climate change, amplifies the critical need for health and social protection services in the Brazilian Amazon. The authors highlighted the importance of a comprehensive approach to reduce adverse effects on vulnerable groups.

“The local effects of land-use changes are directly linked to forest sustainability policies and strategies, but changes are within society’s reach. For example, the health sector could be an important source of policy solutions to mitigate risk and vulnerability,” said study co-author Beatriz Oliveira, a researcher at the Fundação Oswaldo Cruz (Fiocruz).

A limitation of the study is that it considers the impact of climate change and deforestation in isolation without accounting for factors such as population growth, changes in demography, and life expectancy.

is published in the journal Communications Earth & Environment