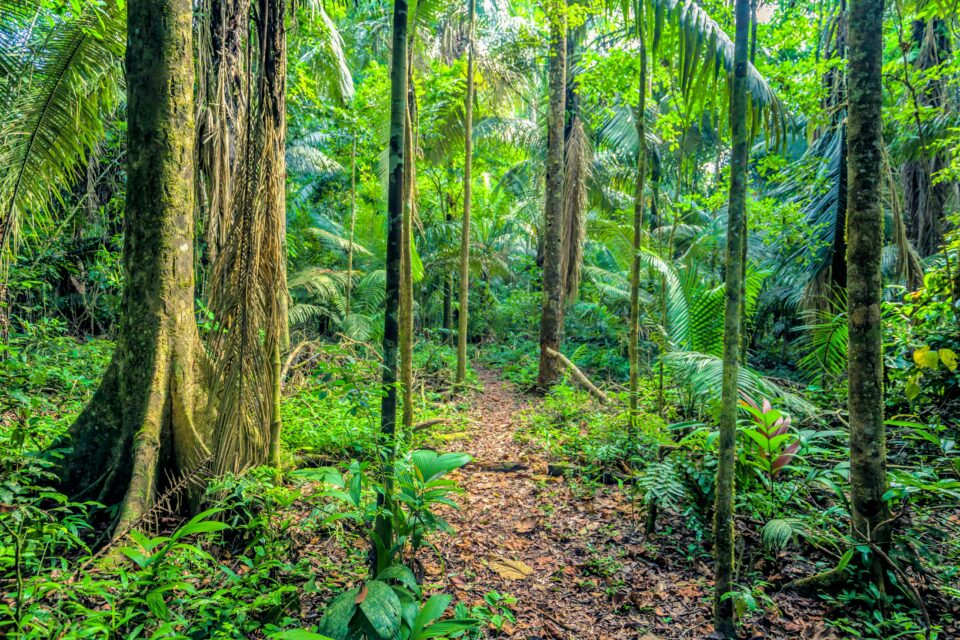 After almost 50 years, specimens collected from a tree found in the Amazon rainforest have been identified as a new species that has now received its own scientific name.

When Robin Foster originally came across the unusual tree in Peru’s Manu National Park in 1973, he could not immediately identify the family to which it belonged. He collected samples of the tree’s leaves and its unusual fruits, which were bright orange and shaped like tiny paper lanterns. He took these home to the United States hoping that other botanists would help with identification.

“When I first saw this little tree, while out on a forest trail leading from the field station, it was the fruit – looking like an orange-colored Chinese lantern and juicy when ripe with several seeds – that caught my attention,” said Foster, retired curator at Chicago’s Field Museum and now a researcher with the Smithsonian Tropical Research Institute.

“I didn’t really think it was special, except for the fact that it had characteristics of plants in several different plant families, and didn’t fall neatly into any family.  Usually, I can tell the family by a quick glance, but damned if I could place this one.”

Unfortunately, the other scientists were unable to help solve the mystery of the unknown Amazon species. Not only were they unable to identify the plant as a species that had been previously described by scientists, but they couldn’t even declare it a new species, because they could not determine what family it belonged to.

Nancy Hensold, a botanist at the Field Museum, remembers when Robin showed her a dried specimen of the plant more than 30 years ago.

“I came to work at the Field Museum in 1990, and Robin showed me this plant. And I tried to get it identified using little fine technical characters like boiling up the ovaries of the flowers and taking pictures of the pollen, and after all that, we still didn’t know,” said Hensold. “It really bugged me.”

The samples of the mystery Amazon species were then stored in the Field Museum’s herbarium, a library of dried plant specimens, for years, but Hensold and her colleagues didn’t forget about them. “When you have a plant no one can put in a family, it can fall through the scientific cracks. I felt for it,” said Hensold. The team eventually got a grant to study the plant, funded by the Field Museum’s Women’s Board, and the search was on.

DNA analysis of the dried specimens did not work well, so the researchers called on Patricia Álvarez-Loayza, a scientist who works in the Manu National Park, to collect fresh specimens of the plant. The DNA was analyzed in the Field Museum’s Pritzker DNA Laboratory and the results were shocking.

“When my colleague Rick Ree sequenced it and told me what family it belonged to, I told him the sample must have been contaminated. I was like, no way, I just couldn’t believe it,” recalled Hensold.

The DNA analysis revealed that the mystery plant’s closest relatives were in the Picramniaceae family, even though it didn’t look anything like its closest relatives. “Looking closer at the structure of the tiny little flowers I realized, oh, it really has some similarities but given its overall characters, nobody would have put it in that family,” explained Hensold.

The researchers were so surprised that they sent specimens to Wayt Thomas, a curator emeritus at The New York Botanical Garden and an expert in plants of the Picramniaceae family.

“When I opened the package and looked at the specimens, my first reaction was, ‘What the heck?’ These plants didn’t look like anything else in the family,” said Thomas, the lead author of the paper that describes the findings. “So, I decided to look more carefully – once I looked really carefully at the tiny, 2-3 millimeter-long flowers, things fell into place.”

The researchers were finally able to give the Amazon species a scientific name – Aenigmanu alvareziae. The genus name, Aenigmanu, means “mystery of Manu,” while the species name is in honor of Patricia Álvarez-Loayza, who collected the specimens used for the genetic analysis. It is important to note that, although Aenigmanu alvareziae has now been named to science for the first time, it has long been known and used by the indigenous Machiguenga people.

“To understand the changes taking place in the tropics, to protect what remains, and to restore areas that have been wiped out, plants are the foundation for everything that lives there and the most important to study.”

“Giving them unique names is the best way to organize information about them and call attention to them. A single rare species may not by itself be important to an ecosystem, but collectively they tell us what is going on out there.”

The study is published in the journal Taxon.