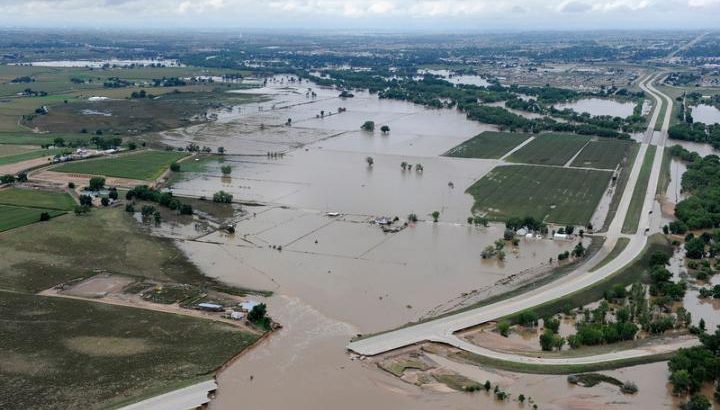 The long-term effects of extreme weather events on communities may influence whether the individuals who live there believe in climate change.

Recent studies have shown that simply experiencing severe weather can influence those beliefs, but new research from scientists at Duke University and the University of Colorado, Denver found that witnessing lasting damage has more of an impact.

“How our community or neighborhood fares – the damages it suffers – may have a stronger and more lasting effect on our climate beliefs than individual impacts do,” Duke’s Dr. Elizabeth A. Albright said. “We found that damage at the zip-code level as measured by FEMA was positively associated with stronger climate change beliefs even three or four years after the extreme flooding event our study examined.”

The researchers surveyed people living in six Colorado communities in 2016 and 2017. All of the communities had been flooded during the storms of September 2013. The survey asked participants about how they had perceived the flood damage, their political beliefs, and their beliefs about climate change.

Surveys were sent randomly both to neighborhoods that had seen long-lasting damage and those that had been spared.

They found that people who had lived through flooding that left long-lasting, broad damage throughout the community were more likely to believe in climate change than those who had not seen widespread damage, even if their own home was harmed. The beliefs held by the first group lasted longer as well.

They also found that political beliefs were linked to participants’ views on climate change – but not on whether they considered future extreme weather events to be a danger.

“These findings speak to the power of collective experiences and suggest that how the impacts from extreme weather are conceptualized, measured and shared matters greatly in terms of influencing individual beliefs,” said Dr. Deserai Crow of UCD.

The study has been published in the journal Climate Change. Funding was provided by the National Science Foundation.