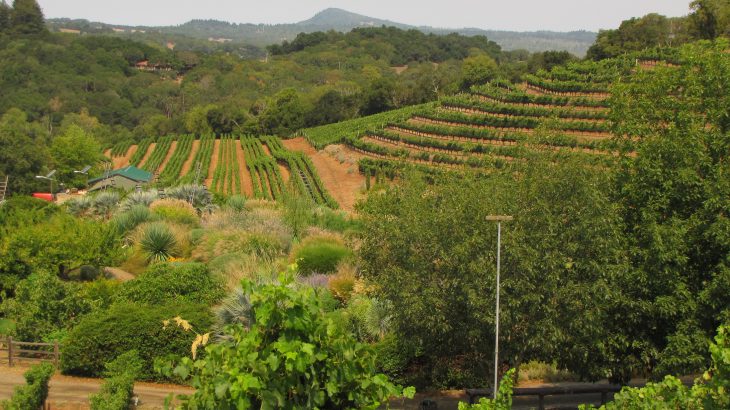 A new study has found that making farmland and vineyards more diverse is not only better for the environment and biodiversity, but it also helps boost working land productivity.

Take, for example, the big brown bat which has to eat thousands of bugs to sustain itself and could help with pest control for farmers.

However, the common practice of monoculture, dedicating large areas of land to just one type of crop, is inhospitable for bats and other species that need a diverse landscape to nest and feed.

Researchers from the University of California, Berkeley recently reviewed the positive impact of diversification, the opposite of monoculture, in a new paper published in the journal Science.

The threats to biodiversity and food security are becoming more and more severe due to climate change, and finding new methods for protecting ecosystems while still ensuring agricultural yields is going to be crucial in the coming years.

Researchers from Berkeley show that diversifying working lands, even through simple, small steps such as planting trees or hedgerows along the edges of a field could go a long way in preserving biodiversity.

“Protected areas are extremely important, but we can’t rely on those on their own to prevent the pending sixth mass extinction,” said Adina Merenlender, a co-author of the study. “This is even more true in the face of climate change, because species will need to move around to adapt to shifts in temperature and climate.”

The researchers say that transforming large areas of land for a single crop can be detrimental to certain species that are unable to adapt to significant environmental changes like big brown bats and acorn woodpeckers.

When woodlands and shrublands are cleared away, these species begin to decline.

“If you can leave shrubs, trees, and flowering plants, the habitat suitability — not just for sensitive birds but also for other vertebrates – goes way up,” said Merenlender. “This is true not only in California’s vineyards, but on working lands around the world.”

The researchers suggest incorporating a combination of patchwork fields, orchards, and flowers into working lands to enhance biodiversity and reduce the need for pesticides and man-made fertilizer.

Livestock integration provides natural fertilizer, flowers attract bees which can help with pollination, and birds and bats feed on insects.

“It is possible for these working landscapes to support biodiversity but also be productive and profitable,” said Claire Kremen, the first author of the study. “And ultimately, this is where we have to go. We just can’t keep mining our soils for their fertility and polluting our streams – in the end, this will diminish our capacity to continue producing the food that we need. Instead, we must pay attention to the species, from microbes to mammals, that supply us with critical services, like pollination, pest control, and nutrient cycling.”