Fast food has gotten unhealthier in the past 30 years • Earth.com 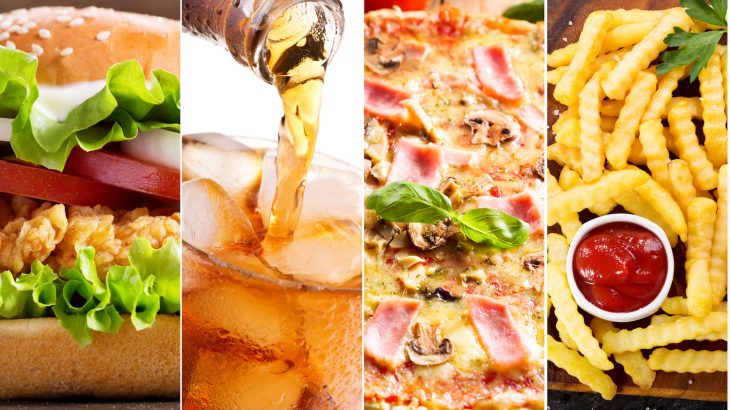 Fast food has gotten unhealthier in the past 30 years

Cheap menu items, variety, and foods packed with sodium, fats, and sugars make fast food a tasty and enticing meal choice. More and more people are consuming these quick and easy meal options on a daily basis, which is problematic given that fast food has become increasingly unhealthier over the years.

37 percent of US adults eat fast food on any given day, according to the Centers for Disease Control.

But fast food today compared to thirty years ago offers larger portions and more variety, according to a study conducted by researchers from Boston University.

The study, published in the Journal of the Academy of Nutrition and Dietetics, analyzed ten popular fast food chains in the US and compared menu items and nutritional value between 1986, 1991, and 2016.

Portion size, caloric value, sodium, iron, and calcium levels of deserts, sides, and entrees were all taken into account, and the researchers collected and reviewed data from the Fast Food Guide and online resources.

“Our study offers some insights on how fast food may be helping to fuel the continuing problem of obesity and related chronic conditions in the United States,” said Megan A. McCrory, the lead investigator of the study. “Despite the vast number of choices offered at fast-food restaurants, some of which are healthier than others, the calories, portion sizes, and sodium content overall have worsened (increased) over time and remain high.”

Today, an entrée, side, and soda at a popular fast food restaurant can contain nearly 50 percent of a person’s recommended 2,000 daily calories.

Since 1986, the researchers found that nearly 22.9 items have been added to fast food menus every year. Not only are fast food restaurants offering more food, but entrees, sides, and deserts are getting bigger and have more calories.

The researchers also found that sodium, calcium, and iron (when the information was available) increased over the years.

Both calcium and iron are essential nutrients, but the researchers stress that there are much better alternatives to increase your iron and calcium intake than shakes and cheeseburgers.

“We need to find better ways to help people consume fewer calories and sodium at fast-food restaurants. The requirement that chain restaurants display calories on their menus is a start,” said Dr. McCrory. “We would like to see more changes, such as restaurants offering smaller portions at a proportional prices.”