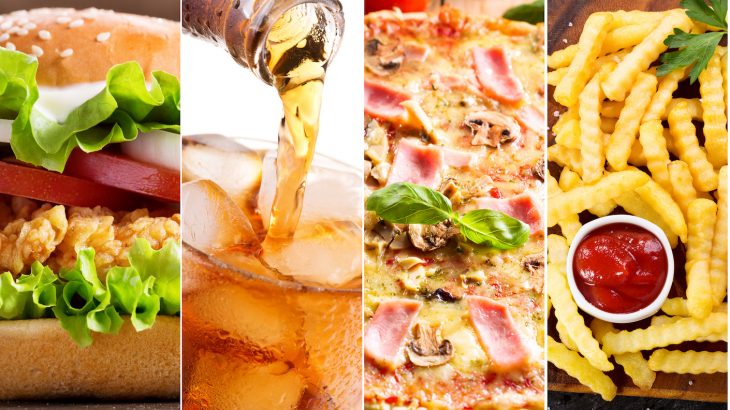 By now, most people know that fast food and chain restaurants serve meals with little nutritional value that don’t adhere to public dietary recommendations. But now, new research shows that the calorie content of meals served in chain and fast food restaurants has been classified as “excessive.”

Two new studies published in the BMJ journal December issue delved into the calorie content of fast food and chain restaurant meals served in the US, UK, and other countries and both show that only a few meals meet public health recommendations.

For the first study, researchers from the University of Liverpool reviewed nutritional information including calorie count for 13,500 meals across 21 full-service and six fast food chain restaurants in the UK.

On average, meals contained around 751 kcals or kilocalories (the same as a calorie) in fast food restaurants and 1033 kcal in larger full-service chains.

Very few of the meals offered by either the full-service or fast food restaurants had 600 or fewer calories, and over 80 percent of meals went over in the 27 restaurant chains.

The second study, conducted by researchers from Tufts University in Boston, compared calorie information between 116 fast food and full-service restaurants in the US, Brazil, China, Finland, Ghana, and India.

Most of the meals in the fast food chains contained on average 809 kcal and in full-service restaurants, the average meal contained 1317 calories. The researchers found that meals served in China had fewer calories compared to the other countries.

Researchers from both studies say that these numbers may be less than what is actually consumed by people as they didn’t factor in the calories of drinks, sides, or desserts.

The studies are concerning as people are eating out more and more, which could increase the risk of weight gain and obesity if so many of the meal options are well over recommended calorie ranges, especially if calorie information is not displayed on the menus.

The researchers say that public health campaigns should target fast food and chain restaurant nutritional information to help better educate the public and promote restaurants to reduce the calories and portion sizes of their meals.