Female zebra finches choose mates based on their dialects • Earth.com 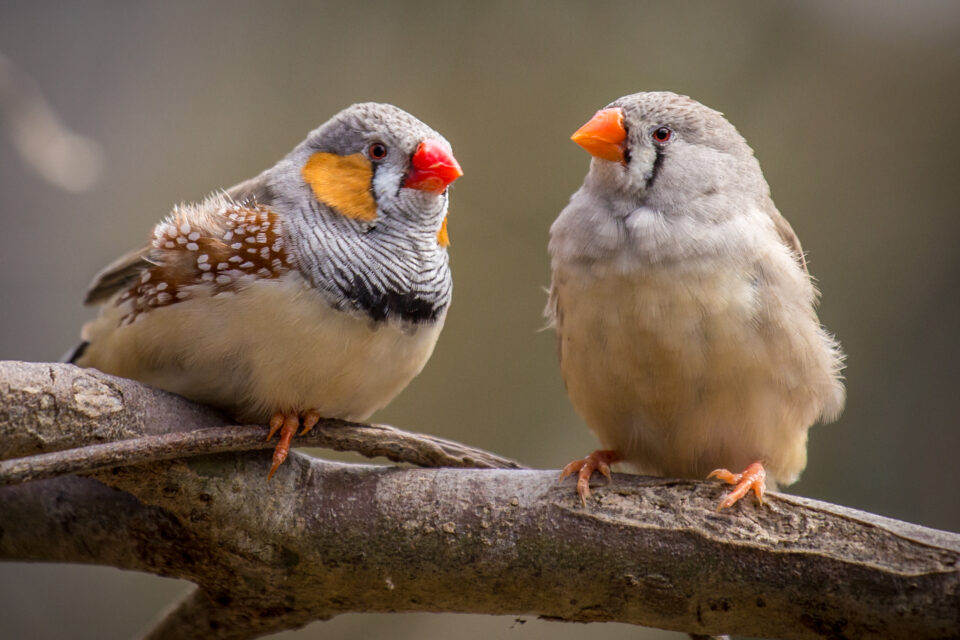 Female zebra finches choose mates based on their dialects

While it may just sound pretty to the human ear, bird song has in fact multiple functions. For instance, a male’s song may be used to repel other male competitors, or to attract females. In some of the more than 5,000 songbird species, the males are real “virtuosos.” Throughout their entire life, they acquire new songs and can vary them according to specific purposes.

A new study led by the Max Plank Institute for Ornithology has found that songs of four different zebra finch populations differ systematically. These “cryptic dialects” appear to be decisive for females’ choice of mate. In other words, female zebra finches pay more attention to “cultural” traits than to the males’ appearance.

Zebra finch males learn their songs from conspecifics at an early-age, in an individual-specific manner. The songs each male learns in infancy are generally used for a lifetime. Due to these individual signatures in songs, scientists have long assumed that dialect formation is not possible in zebra finches. However, by using a machine learning algorithm able to recognize the songs of males from four different, separately kept zebra finch populations, the Max Plank researchers have managed to detect different dialects in zebra finch songs.

“We were indeed surprised by this result. It appears that there are cryptic dialects in zebra finches, which remained undetected by conventional analysis methods,” said study co-lead author Wolfgang Forstmeier, a behavioral ecologist at Max Planck.

Dr. Forstmeier and his colleagues have also shown that these dialects are biologically highly relevant, playing a key role in mate choice. In order to disentangle the role of biology from that of culture in female mate choice, the researchers made zebra finch parents from one population raise chicks from another population. This led to zebra finches with different combinations of genetic (e.g. body size) and culturally acquired traits (e.g. dialect).

The analysis of social interactions between the finches have revealed that females preferred partners who sang the same dialect as the males with whom these females grew up. Dialect preference turned out to be much stronger than the tendency to choose a mate based on appearance, highlighting the fundamental role song plays in birds’ social interaction.