The song of the East African sunbird may be a million years old • Earth.com 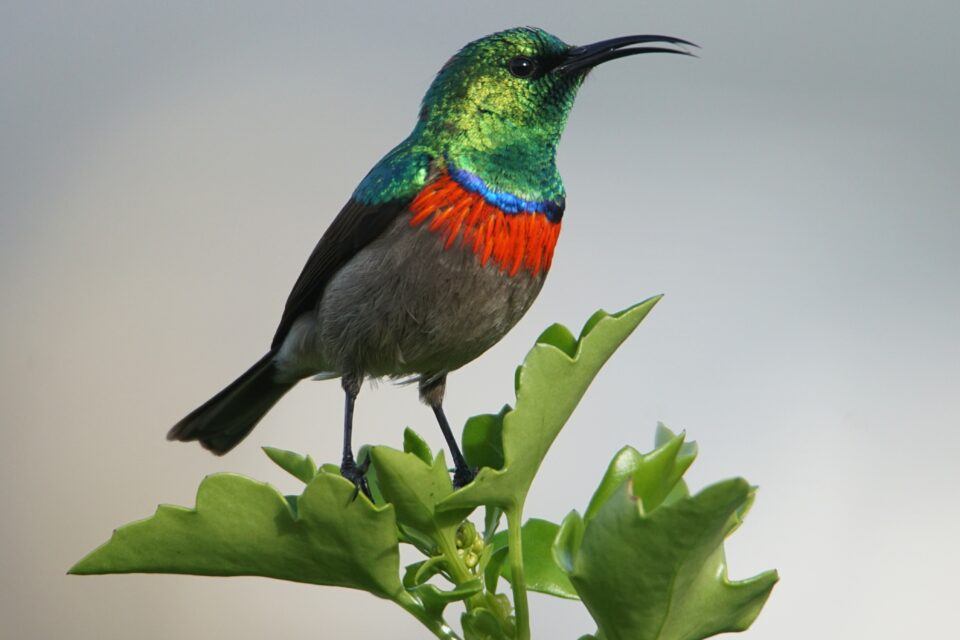 Many birds learn their songs in the same way that humans learn a language or dialect –from their parents and neighbors, through mimicry. According to most biologists, this is an uncertain and error-prone method, often resulting in slow but unmistakable changes in the nature of songs over the years.

However, new research led by the University of California, Berkeley has found that some isolated populations of double-collared East African sunbirds have been singing the same songs – passed down to each new generation – for up to a million years.

The amazingly static nature of their songs may be due to the birds’ unchanging environment. The birds have inhabited so-called sky islands on East African mountaintops since ancient times.

“If you isolate humans, their dialects quite often change; you can tell after a while where somebody comes from. And song has been interpreted in that same way,” said study senior author Rauri Bowie, a professor of Integrative Biology at UC Berkeley. “What our paper shows is that it’s not necessarily the case for birds. Even in traits that should be very labile, such as song or plumage, you can have long periods of stasis.”

According to Professor Bowie and his colleagues, the idea that birdsong changes very often likely arose from studies of Northern Hemisphere birds, which have repeatedly encountered environmental changes, such as glaciers coming and going over the last thousands of years. These changing environmental conditions can cause significant modifications in plumage, song, and mating strategies.

However, since mountaintop environments in the tropics, particularly in East Africa (such as Mount Kenya or Kilimanjaro) have witnessed very little geological change over the millennia, the birds living there faced no evolutionary pressure to change their plumage or songs.

“We are showing, using a really nice setup where we could look at song evolution using naturally isolated populations, that [in East African sunbirds] you don’t see this gradual change through cultural or genetic drift at all,” Bowie said. “You see these sharp bursts of change in a trait such a birdsong and lots and lots of evidence for stasis, even when that trait should be very plastic. To me, that was a really fascinating result.”