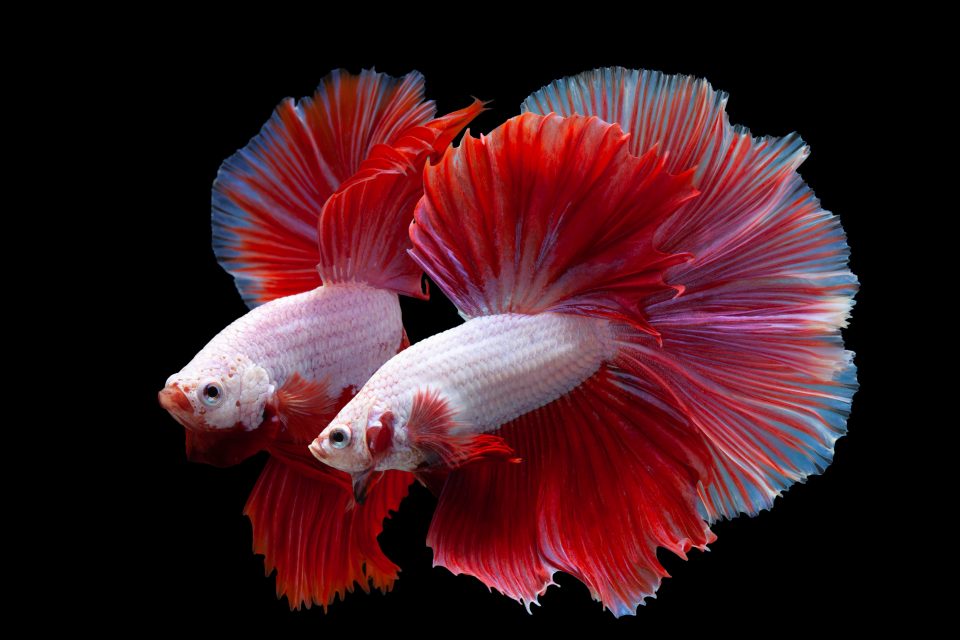 Siamese fighting fish, more commonly known as betta fish, are infamous for their highly aggressive behavior. In a new study published by PLOS, experts have discovered that the movements of betta fish become synchronized when they fight.

According to the researchers, each fighting pair exhibits a unique behavioral pattern that is driven by the influence the fish have on each other.

Upon further analysis, the researchers found that it is not only the behavior of bettas that begins to sync up during a battle, but also the gene expression in their brain cells.

Betta fish use aggressive tactics such as bites, strikes, and mouth-locking when facing an opponent. Bettas usually stop fighting after they have had the chance to assess each other’s skills, which helps them avoid getting seriously injured.

In the new study, researchers observed that two male opponents were modifying their actions to match the aggressive behavior of the other.

When the researchers analyzed the bettas’ brain activity, they discovered that fighting fish were activating or deactivating the same genes in their brain cells.

The fighting pair showed similar changes in the expression of genes related to ion transport, synaptic function, learning, and memory, and the coordinated brain activity was unique to each pair.

The team noted that longer fights led to stronger synchronization, indicating that the degree of synchronization is driven by the aggressive interactions.

Previous studies have documented similar synchronized behaviors in other animals during mating and foraging, and the experts theorize that these behaviors may also lead to synchronized changes in brain activity.

The findings suggest that even when betta fish are fighting, their brains are actually cooperating and collaborating with each other. Study co-author Norihiro Okada plans to investigate brain activity during interactions between male and female fish.

“This study presents the possibility that similar behaviors in pairs of animals under similar conditions may trigger synchronizing waves of transcription between the individuals, providing a hint to support the idea that fighting behaviors contain cooperative aspects at the molecular level,” wrote the researchers.