Fin whales use this funky trick to avoid injury while hunting • Earth.com 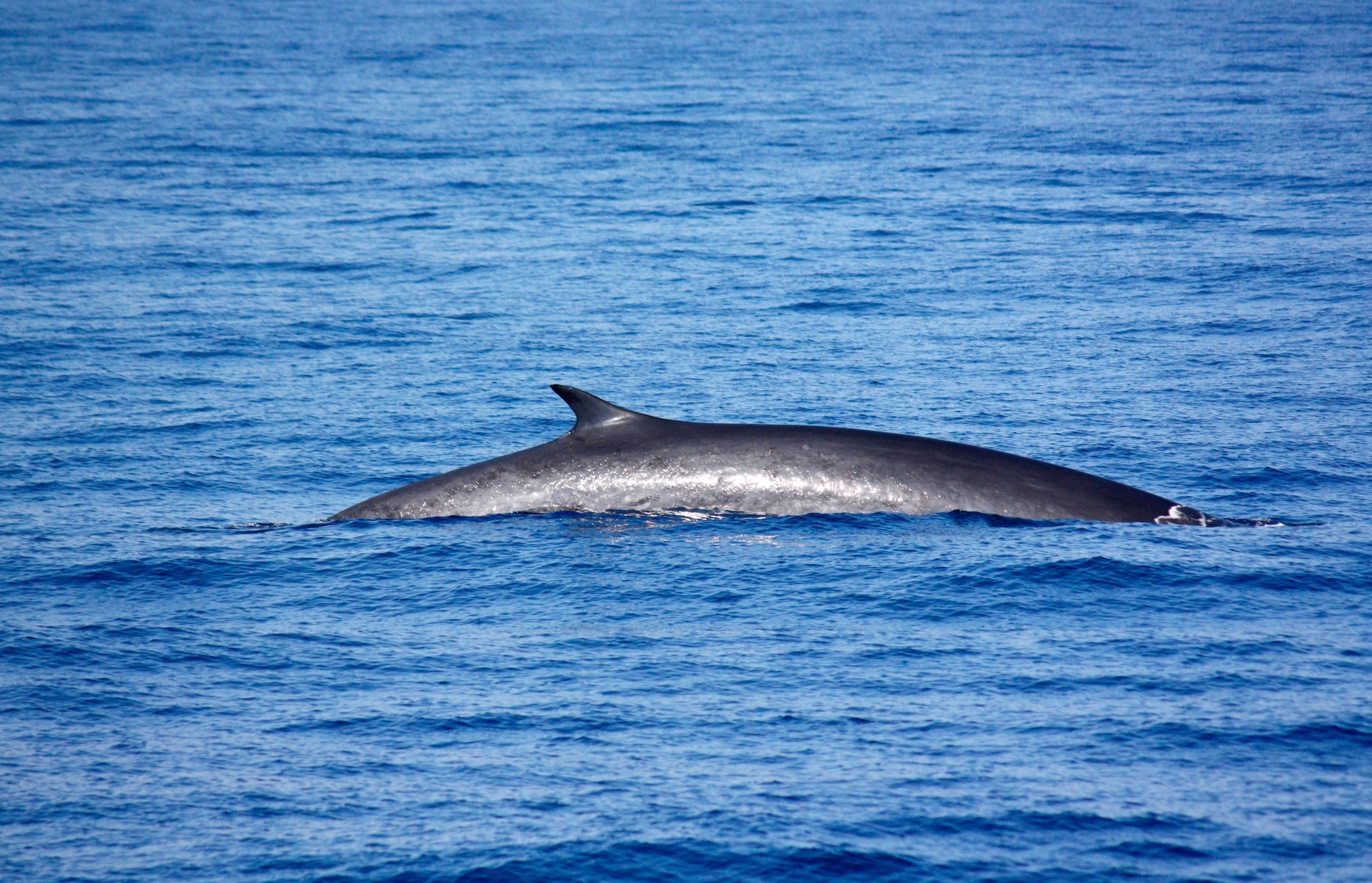 Fin whales use this funky trick to avoid injury while hunting

When fin whales feed, they display feats of athletic prowess that would make even Tom Brady seem lame. They leap out of the water and then dive deep into the ocean, rapidly accelerating towards their prey. They can catch as much as 22 pounds of fish as they filter water out of their giant mouths while keeping their meal safely inside.

How do they safely perform those crazy lunge feeding maneuvers without getting hurt, though? Researchers at the University of British Columbia have discovered the secret.

The area that risks injury are the nerves that run along the floor of the whales’ mouths. During a lunge, fin whales are able to inflate a pocket between their body wall and the blubber that lies on top of it in order to extend those nerves as far as possible – more than doubling their length, in fact.

“But when they shorten again these nerves have to fold so tightly that they develop bending stretches, which could damage the nerve,” said zoologist Margo Lillie. ”It surprised me that just folding them up created a problem.”

The way that fin whales protect these nerves has been described as a “Russian doll-like” nesting structure in which one fold fits inside the next. The nerves are so large that researchers were able to study them using microCT scans.

Lillie explained how the folds work. “The first level of waviness allows the nerve to extend when feeding,” she said. “Then the nerve structure is folded at a second level of waviness at a smaller length scale–that creates enough slack in the shortened nerve tissue to allow it to go around each fold without being damaged.”

When the nerve is recoiled, its shape resembles a river meander.

”The shape is a sine generated curve, which is characteristic of a wide range of natural structures including the jet stream, a buckled rod, and flow patterns in rock. The bends tend to be as uniform as possible and this minimizes the work required to make the structure. It’s a special, ideal shape,” said Lillie.

The results of the study were published in Current Biology.