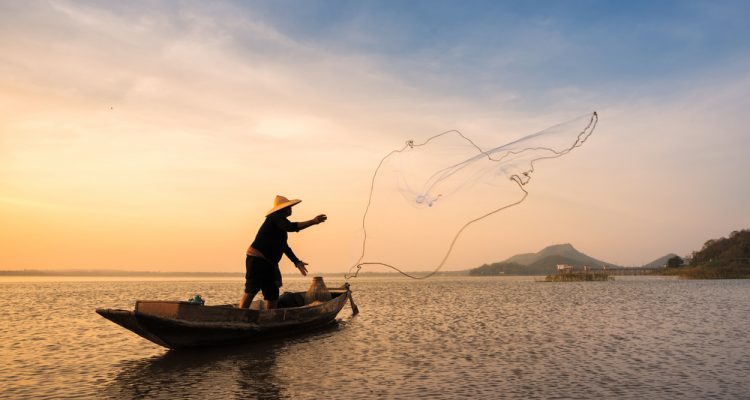 The saying, “There’s an app for that” now applies to fishermen.

Developers of a new app hope to make it easier for fishermen to locate high-yield fishing areas, increasing the chance that they return to shore with a decent haul for the day. The app also features a function that lets the fishermen sell their catch before their boat even reaches shore.

Those who make their living on the water are praising Abalobi, the app being piloted by the University of Cape Town. Fishermen who use lines instead of nets sometimes only catch 20 fish a day, so being able to find the fish is important. The app’s GPS functionality lets users mark places where they’ve located large numbers of fish.

A fisherman’s workday doesn’t end once they’ve pulled their lines in for the day. They still have to sell their haul. Fishermen like David Shoshola are pleased that Abalobi lets him search out the best possible sale price for their daily catch, saving time and footwork once he returns to the dock.

“It has removed a lot of the worry,” he told BBC News. “I have a wife and three kids to support, and it gives me much more security.”

The app hasn’t gone without controversy, however. It has pitted fishermen who wish to make a living against conservationists alarmed about the depleting global fish population and overfishing.

Matt Hayes, owner of an Atlantic salmon fishery in Norway, is concerned that large fishing operations may use the app to overfish certain areas, putting smaller operations out of business.

Associate Professor Clive Trueman of the UK’s National Oceanography Centre, disagrees, saying that the app has simply digitized the way fishermen have traditionally used word-of-mouth to spread the news of good fishing areas. He has hopes that going forward, the app may be useful for scientists and conservationists.