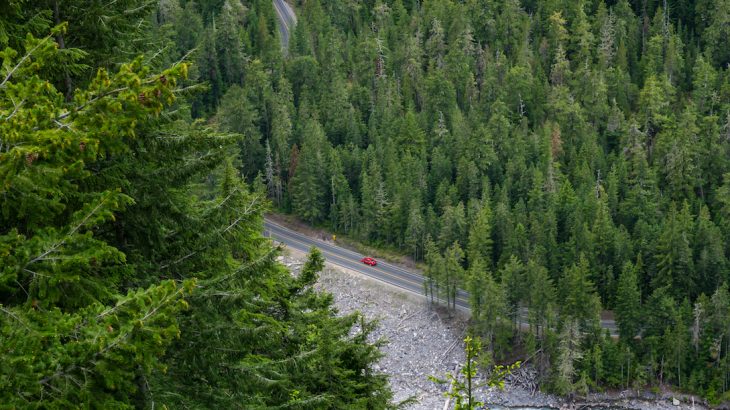 Federally mandated fire suppression tactics have caused forests to become more drought and fire intolerant across the US.

The study was published in the journal Global Change Biology, and the results present a clear picture of how dense forest growth due to fire suppression tactics has changed how trees photosynthesize and take in water.

Fire suppression also makes forests more susceptible to pests, disease, and wildfires, according to the researchers.

In 1910, wildfire suppression became a federal policy and as such young, fire and drought intolerant grand firs were allowed to flourish among ancient ponderosa pines in Central Oregon.

Not only did this increase fire risk because forests grew thicker, but the added competition for water over the past century forced trees to take in a heavier carbon isotope rather than the preferred lighter one.

The researchers collected and analyzed tree-ring data from 2,800 hectares of mixed-conifer forests to find physiological evidence that fire suppression negatively impacted tree growth over  the years.

Tree rings not only tell the age of a tree, but the color and chemical composition of each ring can also reveal what environmental and climate conditions were like during the year each ring was formed and what carbon isotopes the tree had to rely on for photosynthesis.

“We’ve known for a long time that fire suppression has led to crowded forests, which means more competition for resources,” said Andrew Merschel, a co-author of the study. “We’ve known that because of that, trees are more prone to drought, which makes sense – there’s less water reaching deep below ground and more trees pumping it out. Our research shows in a physiological way what’s happening. We thought there would be signals in the annual tree rings, and there are.”

Denser forests also mean less snowpack which is another major risk factor for drought and wildfires.

The researchers say that unless significant policy changes are implemented to decrease fire suppression and allow forests to go back to their natural, less dense states, drought, and wildfires will become more frequent.

“We cannot predict exactly how all of these factors affecting forests will interact in the future, but it is certain that lower-density forests will have more snow and less drought stress,” said Steven Voelker, the lead author of the study.