Firearms are the second biggest cause of death among US kids, teens • Earth.com 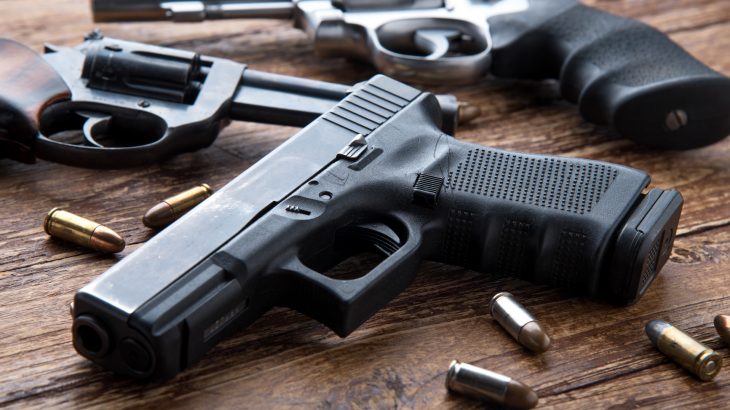 Firearms are the second biggest cause of death among US kids, teens

According to the researchers, more than 3,140 children and teens were killed by firearms in 2016, which is the equivalent of 8 children a day.

While the rate of youths killed in car crashes has been cut in half over the last two decades, the rate of firearm-related deaths among this group has remained the same. Overall, the number of youths dying by firearms in America is more than 36 times as high as the average rate across 12 other high-income countries.

The researchers found that ever since 1999, about 4 of every 100,000 American children and adolescents have been killed by a gun-related homicide, suicide, or unintended shooting each year.

“Firearm deaths of children and adolescents are an ‘everybody’ problem, not a problem for just certain population,” said Dr. Cunningham. “Homicides account for 60 percent of those deaths, suicide about 35 percent, unintentional or accidental injuries about one percent and mass shootings slightly less than one percent.”

“By using a data-driven approach to studying these deaths, I hope we can guide the U.S. to apply our resources to help us understand what we can do to prevent these deaths across the country.

Adolescents in urban areas are two times more likely to be the victims of homicides compared to young people who live outside of the city. In addition, rural teens have a suicide rate that is twice as high as the rate for urban youth.

Furthermore, motor vehicle crashes were found to kill nearly three times as many children and teens in rural areas compared to urban areas.

“Our country has spent billions to decrease car crash injuries and deaths for kids and adults, and has made it a leading priority for several federal agencies. Safety in a crash is now a selling point for cars,” said Dr. Cunningham. “This implementation of ‘prevention science’ has resulted in the steady decrease in motor vehicle crash deaths for children and teens over the past 20 years.”

“At the same time, we have dozens of teams of scientists and clinicians working on prevention and treatment of pediatric cancers, congenital conditions and heart diseases. We hope these data help put firearm deaths of young people in the proper context, so we can study and test potential preventive measures while respecting the Second Amendment rights of gun owners.”