First inhabitants of Australia arrived in large groups 50,000 years ago • 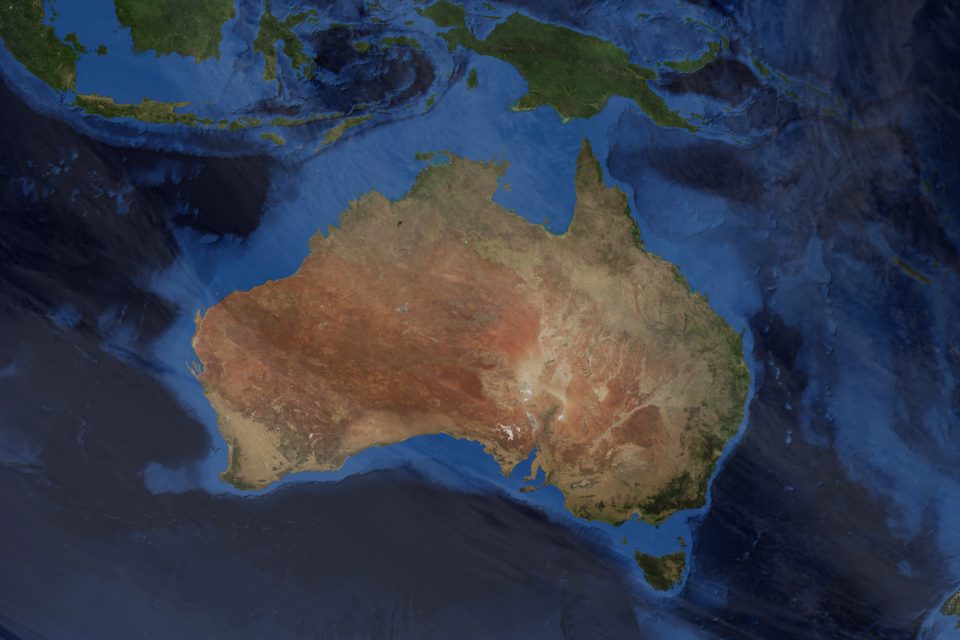 First inhabitants of Australia arrived in large groups 50,000 years ago

First inhabitants of Australia arrived in large groups 50,000 years ago. The Aboriginal people in Australia have inhabited the continent for over 50,000 years, which is quite a lot when you remember that the United States has only been an independent nation for 238 years (less than 0.5% of the time Aborigines have been in Australia).

Now, a new study in Nature Ecology & Evolution and Scientific Reports has found the likely routes these people took to get to the island nation.

Using complex models to determine the island-hopping routes the original migrants could’ve taken to get to Australia, the research team assessed the possibilities.

“A northern route connecting the islands of Mangoli, Buru, and Seram into West Papua New Guinea would probably have been easiest to navigate and survive,” says ecologist Corey Bradshaw of the Australian Research Council Centre of Excellence for Australian Biodiversity and Heritage (CABAH) and Flinders University in Adelaide. “This route was easiest when compared to the southern route from Timor that leads to the now-drowned Sahul Shelf in the modern-day Kimberley region.”

During this time, low sea levels would have allowed Australia, New Guinea, and Tasmania to be a mega-continent, which experts have named Sahul.

The researchers also calculated the minimum number of people that would have needed to migrate to Australia in order for these ancient people to survive for so many years. Considering factors such as fertility, longevity, climate conditions, and other ecological principles, they determined that at least 1,300 people would have been needed to form the founding population.

It’s possible this group arrived in a single migration event, or as successive waves that would need to average at least 130 people every 70 years over the course of about 700 years.

“This suggests planned and well-organized maritime migration, rather than accidental arrival,” says Bradshaw.

Their findings confirm that the ancestors of the aborigines and Torres Strait islanders must have been sophisticated enough to build watercraft, as well as plan, navigate, and successfully complete open-ocean voyages with large numbers of people.