Fish can adapt warm water but not extreme heat • Earth.com 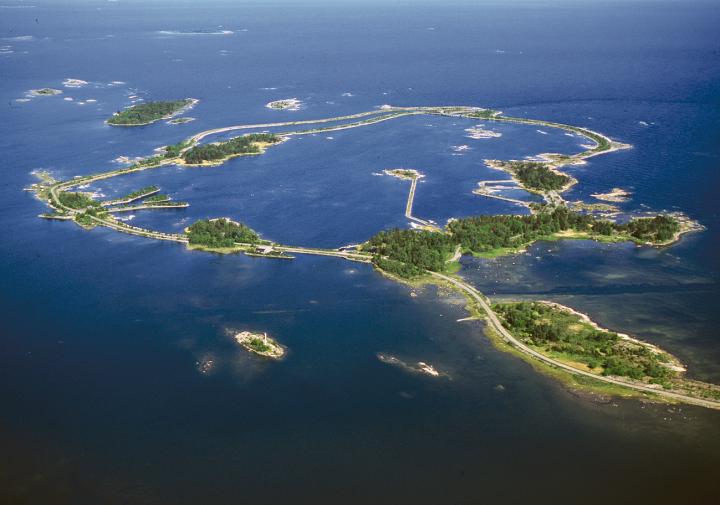 Fish can adapt warm water but not extreme heat

Fish can adjust to warmer ocean temperatures, but heat waves can still kill them, a team of researchers from Sweden, Norway and Australia reports in an article published this week in Nature Communications.

“A species might adapt and grow well (in warmer waters) but once you get strong heat spells, the water temperature might reach lethal temperatures and kill them,” said Fredrik Jutfelt, an associate professor in biology at the Norwegian University of Science and Technology who was senior author of the study.

Jutfelt and his colleagues studied European perch that live in a unique enclosed basin of warm water off the Swedish coast. The man-made basin, called the Forsmark Biotest Enclosure, was created three decades ago as a 1-km2 open-air laboratory by piping warm water from the nearby Forsmark nuclear power plant into an enclosed basin.

The result is water that is between five and 10 degrees C warmer than the surrounding Baltic Sea, but that otherwise experiences natural daily and seasonal fluctuations. It offers researchers a kind of crystal ball on what can happen to fish in a warmer world.

In experiments conducted in 2012 and 2013, researchers compared the Biotest perch to European perch by putting perch from outside of the enclosure into tanks filled from warm water from the enclosure l to see how their metabolic rates changed.

The resting metabolism for the Biotest fish was lower than for the perch from outside of the enclosure, the researchers found, which showed that the Biotest fish had been able to adjust their metabolisms to the overall higher temperatures in the basin over time.

“When we warmed up the reference perch quickly, their resting metabolic rate went up dramatically, whereas the Biotest fishes’ resting metabolic rates were significantly lower at the same temperature,” said Timothy Clark, a senior research fellow at the University of Tasmania in Australia who was part of the research team.

The researchers described this metabolic adaptation as a “plastic floor,” meaning that there was some flexibility in the ways the Biotest fish had adjusted their resting metabolisms to the warmer temperatures.

But the fish that inhabited the Biotest enclosure weren’t able to make the same kind of change in their ability to tolerate temperature extremes, the researchers found.

For example, perch living in the Baltic outside of the Biotest enclosure were able to survive in temperatures that were as much as 10 degrees C warmer than the water temperatures they had been used to living in during the summer.

The fish inside the Biotest enclosure, while adjusted to much warmer waters than the Baltic fish, were only able to survive temperatures that were 4.6 degrees C warmer than the waters they were used to living in during the summer. The researchers called this phenomenon a “concrete ceiling,” because the Biotest enclosure fish were unable to tolerate much more of a maximum temperature than their free-living Baltic brethren.

“Even though the (Biotest) fish had been there for at least their lifetime, if not for generations, there was very little change in the lethal temperature” the fish could tolerate, Jutfelt said. “They have almost completely adjusted their resting physiology to the higher temperatures. But there has been very little adjustment in their tolerance to lethal temperatures.”

In other words, Jutfelt said, the fish are living very close to their lethal limit.

“They have a very small safety margin to their lethal temperature,” he said.

Jutfelt said this limited ability to adjust to higher maximum lethal temperatures was a potential “weak link” in the ability of fish to adjust to climate change.

“Rather than having problems with their growth rates and normal daily life, the real problem will be with short heat spells,” he said.

If this finding holds true for other fish species, he said, then fish living in northern lakes or the ocean may appear to be healthy even as water temperatures climb. But if waters warm too much, from a strong heat wave, the apparently well-adapted fish populations might die, he said.

“We think this might be important in fish (overall), the fact that they might not be able to adjust their tolerance to maximum levels,” he said. “We think that might be the bottleneck for survival.”

First author Erik Sandblom, from the University of Gothenburg’s Department of Biological and Environmental Sciences, agreed.

“In a future with a warmer climate and more extreme weather, it will be more difficult for fish to survive,” he said.

Norwegian University of Science and Technology