Fish was a major food source for humans in the Stone Age • Earth.com 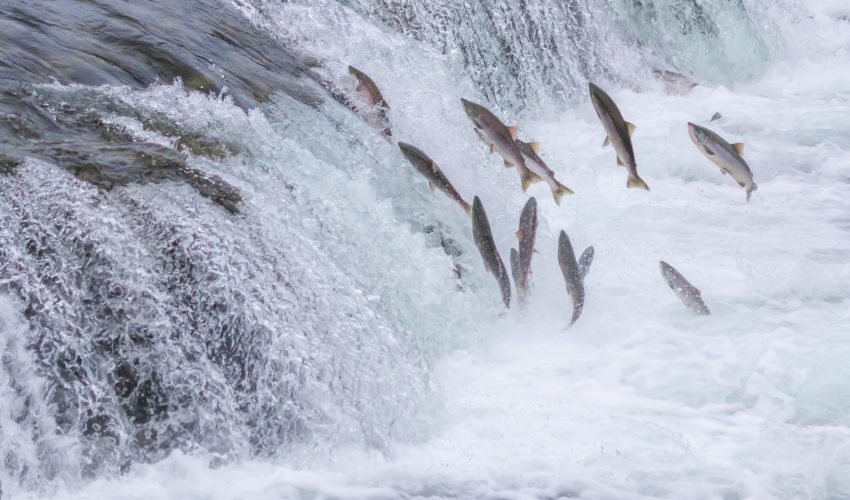 In the past, scientists have thought that Stone Age people depended mainly on land mammals for food. However, although these people did eat some mammals, new research finds that more than half of their diet was fish.

Researchers from Lund University in Sweden studied human bounds from thousands of years ago in order to determine the diet of the Stone Age people. The report from Lund University is part of a doctoral thesis that analyzes the importance of fishing for settlers in southern Scandinavia after the last ice age. These findings emphasize the importance of fishing to the prehistoric Scandinavian people.

“At the Norje Sunnansund settlement outside Sölvesborg in Sweden you can see that just over half of the protein intake has come from fish, 10 percent from seals, and around 37 percent from land mammals – such as wild boar and red deer – and scarcely three percent from plants such as mushrooms, berries and nuts,” says Adam Boethius, an osteologist. “On the island of Gotland, which did not have any land mammals apart from hares, the percentage of fish in total protein consumption was even higher at just under 60 percent. Here, seals have replaced the land mammals and account for almost 40 percent of the protein intake, whereas hares and vegetables account for a negligible proportion.”

Researchers found that the first pioneers in these settlements mainly hunted aquatic mammals – like dolphins and seals – before they switched to fishing as their best source of protein. Previously, scientists had believed that Stone Age humans were big-game hunters whose main protein intake came from large herbivores. The researchers believe that this misunderstanding is due to a number of factors, including the frailty of fish bones. Since these bones are smaller and weaker than mammal bones, they are not as well preserved as the bones of other animals. They are also almost impossible to find during excavation, the team in this study had to use fine-mesh sieves in order to find them.

“In freshwater environments the protein intake is dominated by different types of carp fish species, perch, pike and burbot,” the authors say. “Cod dominates in marine environments, but herring, saithe, haddock, spiny dogfish and plaice are also important species. On the other hand, migratory fish, such as eel and salmon, did not account for a large proportion of food intake.”

So why are these findings important? The results of this study show that people’s dependence on fish developed over time, and changes how we perceive the way these people lived.

“The dominance of fishing is a discovery that has an enormous significance for our understanding of how people lived,” explains Boethius. “Fishing is relatively stationary compared to the hunting of land mammals, which provides clear indications that settlements appeared in Scandinavia much earlier than researchers previously believed.”