Ochre was used as a tool for thousands of years in the Stone Age • Earth.com 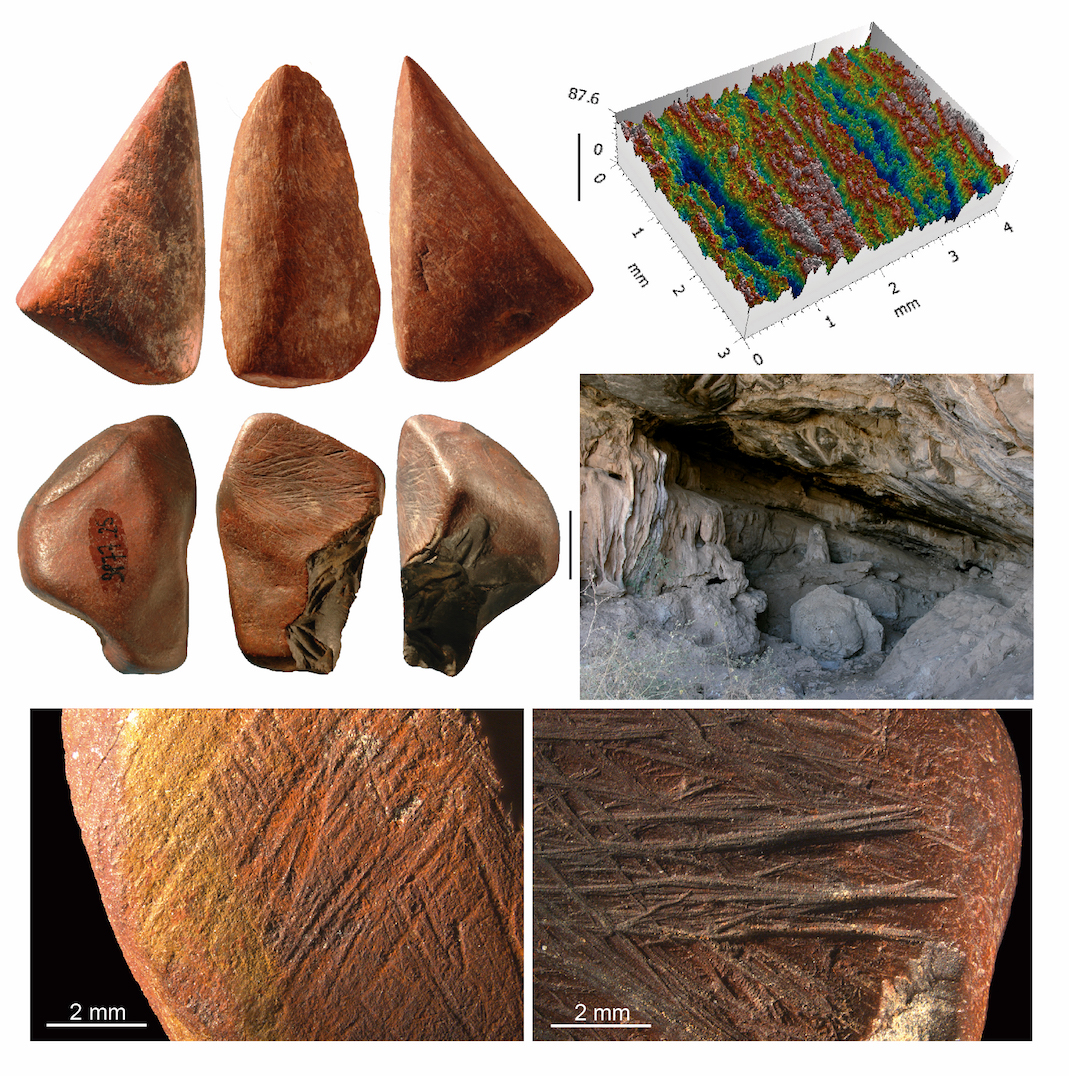 Ochre is an iron-rich rock that can produce color, and is the earliest known pigment used by humans to paint. Composed of iron oxides, these red and yellow rocks were widely distributed during the Middle Stone Age. A new analysis of ochre collected from a cave in Ethiopia reveals ochre was used here for at least 4500 years.

The largest collection of African ochre artifacts is from the Porc-Epic Cave of Ethiopia, and is believed to be around 40,000 years old. David Rosso of the University of Barcelona and the University of Bordeaux led a team of researchers in evaluating 3792 ochre artifacts from this collection. The team set out to determine how the ochre was processed during the Middle Stone Age by using microscopy and by simulating various grinding techniques.

The results of the study showed that the cave inhabitants consistently acquired, processed, and used the same types of ochre during this extensive time frame. Almost half of the ochre pieces had been modified, but the number of pieces that were processed progressively decreased over the years.

It appeared that flaking and scraping techniques became more common over time, while grinding became less common. This gradual change from one processing technique to the others indicates a type of cultural drift over the 4500-year-span.

The specific uses of the ochre in the Middle Stone Age are somewhat of a mystery. Some of the ochre pieces were modified to a larger extent than others, and appear to have been used with multiple grindstones at different times. This indicates that these particular pieces were utilized to obtain powder. The ochre powder may have been used in symbolic activities such as body painting or may have had more practical uses.

The study, published today in the journal PLOS ONE, gives new insight into the time frame of ochre use. According to the authors, the findings suggest there was a “cohesive behavioral system shared by all community members and consistently transmitted through time.”