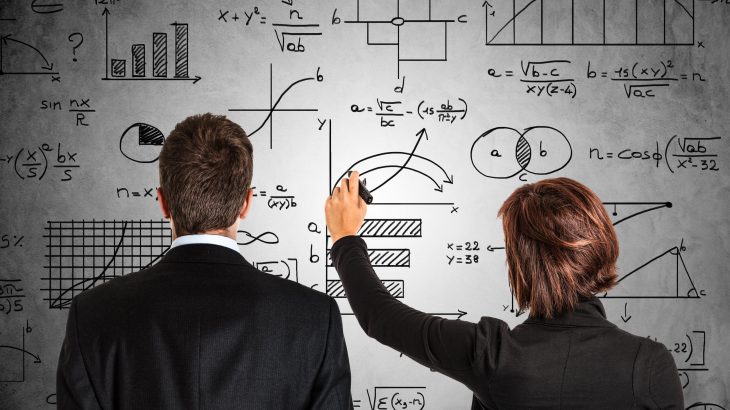 Understanding statistics and probabilities isn’t necessarily the most exciting aspect of our lives – for most of us non-mathematicians, at least. But the ability to read and understand statistical facts and problems correctly is important to our view of the world around us. Unfortunately, many people struggle with this, and a new study published in Frontiers in Psychology may have found a reason why.

A study led by Patrick Weber of the University of Regensburg, Germany, has found that unfavorable methods of teaching statistics in schools and universities may be at fault for people missing simple solutions to statistical problems. While it may not seem like a big deal on the surface, misunderstanding of statistics can lead to the spread of misinformation in everything from science to court cases.

On a daily basis, you likely see probabilities and statistics presented as percentages, such as “10% of students.” But a more intuitive way of representing this statistic is called a natural frequency, and is presented like “1 in 10 students.”

“Even though natural frequencies are much easier to understand, people are more familiar with probabilities represented by percentages because of their education,” says Weber. “A recent meta-analysis showed the vast majority of people have difficulties solving a task presented in probability format. This can result in severe misjudgments when applied in professional settings.”

Weber and his research team believe that people are “blind” to probabilities, but are still unwilling to change them into simpler natural frequencies.

“The same meta-analysis showed that when the task was presented in natural frequency format instead of probabilities, performance rates increased from 4% to 24%,” he says.

Although the success rate was significantly higher when data was presented as a natural frequency instead of a percentage, roughly three-quarters of participants still could not solve the task. In this study, they gave groups of university students different reasoning tasks. One was presented in probability format, while the other was in natural frequency format. The participants were asked to show their work in solving these problems so that the researchers could understand the cognitive process behind their solutions.

Results showed that when the questions were presented in natural frequencies, half the participants did not use natural frequencies to solve the problems. Instead, they changed them to the more difficult probability format. The researchers believe that a fixed mindset – known as the Einstellung effect – may explain participants’ preference to change the data.

“Students are a lot more familiar with probabilities than with natural frequencies due to their education. In high school and university contexts, natural frequencies are not considered as equally mathematically valid as probabilities,” Weber explains. “This means that working with probabilities is a well-established strategy when it comes to solving statistical problems. While in many situations students profit from such an established strategy, the mental sets developed over a long period of time during school and university can make them ‘blind’ to simpler solutions – or unable to find a solution at all.”

Weber and his team hope that their findings will encourage schools around the world to change their statistical teaching strategies. “We want our findings to encourage curriculum designers to incorporate natural frequencies systematically into school mathematics and statistics,” says Weber. “This would give students a helpful tool to understand the concept of uncertainty – in addition to the ‘standard’ probabilities.”