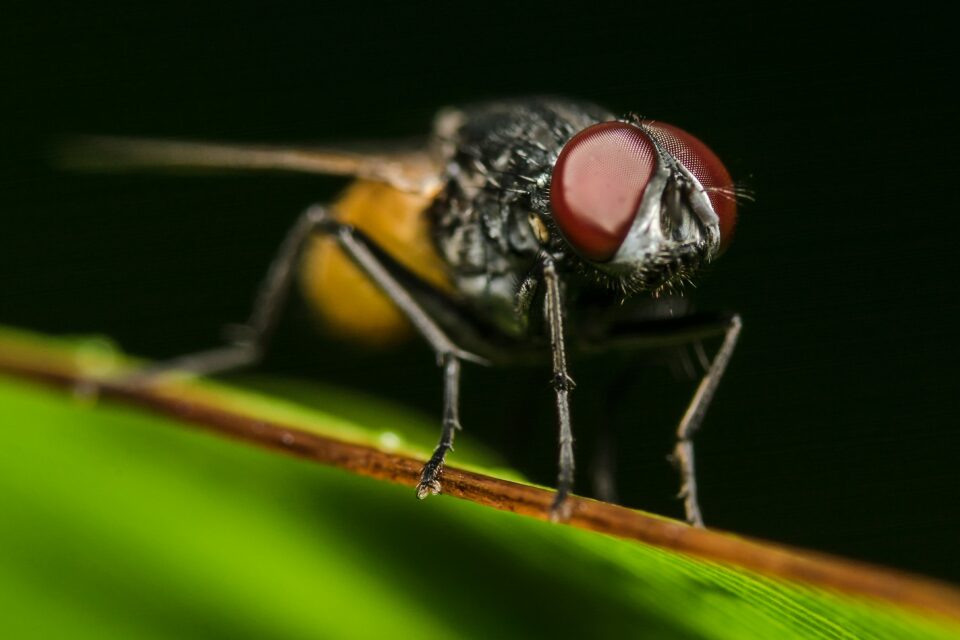 A new study led by the Champalimaud Centre for the Unknown from Lisbon, Portugal has found that flies’ hearts respond to danger in the same way human hearts do: they accelerate if the flies decide to escape an imminent danger, and slow down if the flies freeze into place.

Although it has been long known that the hearts of non-human vertebrates, such as cats, frogs, or antelopes, follow the same rules as human hearts when the animals are in danger, much less was understood about insects’ hearts. This new study, published in the journal Current Biology, is one of the first to explore these issues.

“We were quite surprised by this result,” recalled study lead author Marta Moita, a neuroscientist and leader of the Moita Lab. “We know that when vertebrates face a threat, their autonomic nervous system kicks into action, generating the changes in cardiac activity that we are all familiar with. However, this system doesn’t exist in insects, and so it was unclear whether they would exhibit similar cardiac alterations.”

By lighting up each fly’s heart cells with fluorescent molecules, the scientists observed the heart’s activity through the fly’s transparent exoskeleton, and found that, just like in humans, the heart pumps faster when the fly decides to flee and slower when the insect freezes into place.

“This finding is very intriguing,” said Professor Moita. “Since flies don’t have an autonomic nervous system, it means there’s another mechanism at play here. The question is whether there’s an autonomic-nervous-system-like structure that we are not aware of, or is there an entirely different mechanism yet to be discovered.”

The researchers also discovered that whether the fly was attempting to escape or freezing, the heart was pumping more actively towards the insect’s front section.

“Pumping more nutrients into the front section while escaping makes sense,” explained study co-author Natalia Barrios, a researcher at the Champalimaud Centre. “This is where the brain, legs and wings are located, so that’s where the action is. But we didn’t expect to see this while the fly was freezing.”

According to the scientists, this surprising finding was caused by the fact that even while freezing, the fly was preparing for action.

More research needs to be done to unravel the surprising similarities between flies and humans. “Eventually, we hope that insight gained in the fly will lead to an understanding of how the brain controls behavior in other animals, including humans,” Moita concluded.