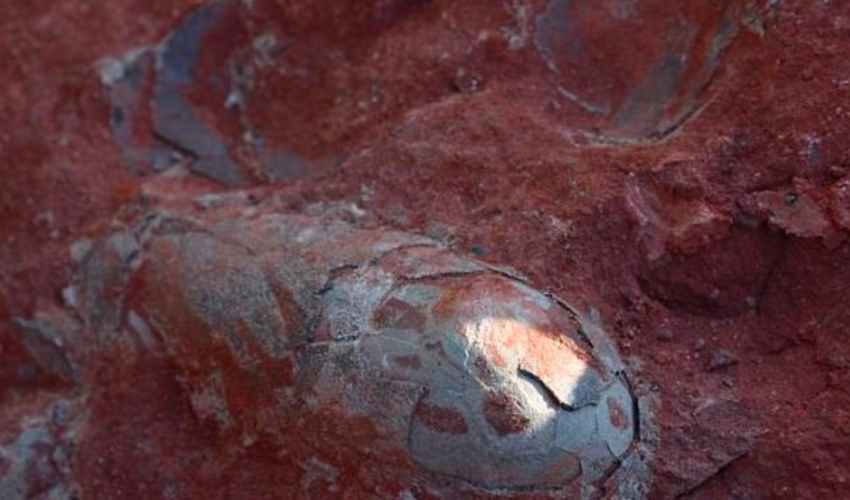 On December 25th, construction workers in China uncovered a treasure trove of preserved dinosaur eggs that date back to the Cretaceous period.

The Christmas discovery was made in the Ghanzou region of Dayu County, China, while explosives were being used on the construction site of a new middle school.

The workers noticed clusters of oval stones and black shards in the newly cleared debris, dirt, and rocks and halted construction immediately.

The police were notified, and the construction site was sealed off while experts from the Dayu County Museum were brought in to confirm the findings and transport the eggs back to the museum where they could be examined further.

The construction workers had unknowingly unearthed a collection of 30 dinosaur eggs which archaeologists say are 130 million years old.

Eggshells, the black debris that construction workers had first noticed, were also found with the fossilized eggs.

These are not the first fossils found in the Ghanzou region, as the area is known as the “hometown of dinosaurs.”

Ghanzou is especially known for its oviraptorid dinosaur fossils, and according to a study published in the journal Scientific Reports, the region has one of the richest sources of oviraptorosaurian fossils in the world.

Several new species of oviraptors have been discovered there and named after the region over the past several years.

The new fossil eggs will be studied at the local museum and added to Ghanzou’s rich collection of dinosaur finds.