Nazis and Dinosaurs: A brief history of bad science • Earth.com 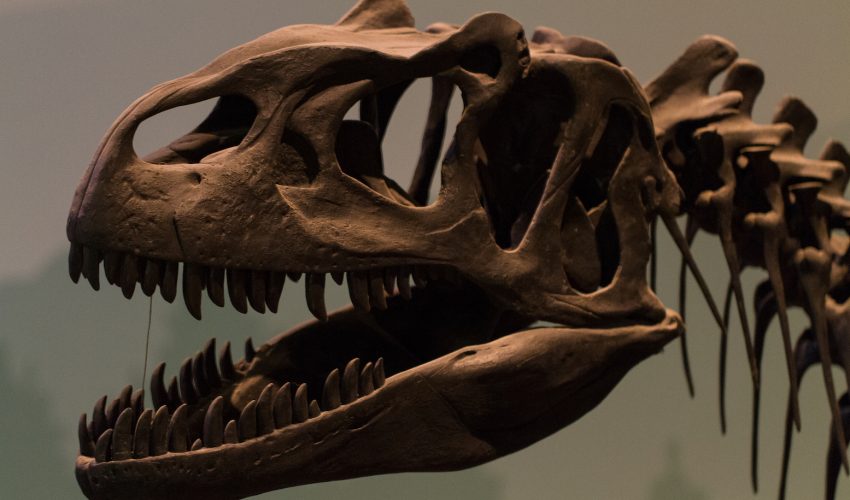 Nazis and Dinosaurs: A brief history of bad science

In the more standard history of things, Dinosaurs were discovered in 1841 when English scientist Richard Owen came to the conclusion that fossils that kept popping up were distinct from extant animals.  Owen came up with the name ‘Dinosauria’ and the rest as they say is history.  But our view of dinosaurs has changed drastically over time.

The 19th century when dinosaurs were ‘discovered’ was a strange and exciting time for science.  The Origin of the Species was published, pasteurization was invented, and explorers wandered the Amazon.  Europeans had only recently first seen the Platypus.  Amidst discovery and invention, there were also huge mistakes.  Craniometry was invented to measure skulls and brain sizes of different human races and assign a hierarchy of intelligence.  Eventually the Nazis used Craniometry to determine a person’s race.

Dinosaurs in the early years of research were pitiful things.  Rock-hard tendons that held dinosaur tails as rigid balance poles in life were broken to show drooping tails drug through the mud.  Paintings show drab beasts of violence.  Dinosaurs were said to be slow, dumb.  People even ignored facts and posited the self-serving hypothesis that dinosaurs were killed off by our rodent-like ancestors.  Dinosaur just couldn’t compete with those quick and quick-witted mammals it was said.

Meanwhile human skulls were measured with extreme prejudice.  Scientists already knowing the race of the skull being measured used sloppy work to confirm their pre-existing bias.  Asian brains were larger than Caucasian brains and Caucasian brains were larger than any of the other races it was found.  When a few scientists measured brain capacity without knowing the race in advance, it was found brains were similar in size.  The idea of a difference of brain size in races and the assumed difference in intelligence persisted.

A model of Iguanodon, a dinosaur with its thumb spike mounted on its nose was constructed at the Crystal Palace in London.  Scientists dined on New Year’s Eve 1853 inside the hollowed out model dinosaur.  A little less than a decade later, the US Civil War broke out in 1861.  These events are seemingly completely unrelated but they are important for how we see the world.

Religion for centuries set humanity’s place in the world.  Man was said to be the master of other animals and even over women.  Religions even justified slavery, which Jesus seems to condone in the New Testament.  With the rise of the importance of science as an explanatory force in the world, religion became less important.  Nothing was more challenging to religion than Darwin’s Theory of Evolution.  When the American Museum of Natural History was first founded, there was a small debate as to whether dinosaurs should be included in the new museum.  Those who were against dinosaurs on display even said they could be used as evolutionist propaganda.

With the shift in worldviews in full swing, people scrambled to maintain their prejudices at all cost.  Since Europeans assumed themselves superior to other races, they worked extra hard to get high brain mass measurements for their own skulls.  Since humans were superior to dinosaurs, since we were destined to rule the earth, we broke ossified tendons to show a sluggish monster.

Eventually the evidence always shines through.  There are new dinosaurs now, running, nuzzling their young, brightly patterned and feathered.  Tails are held erect and straight in reputable museums.  Humans are coming closer to accepting their place as one species among many in one instant of geologic history.  There has now been a president of the US who wasn’t white.  There are black scientists and writers, there are women politicians and professors and business leaders.  Men, white men (which I am one) are slowly coming closer to grasping the truth that we are equals with the rest of humanity.