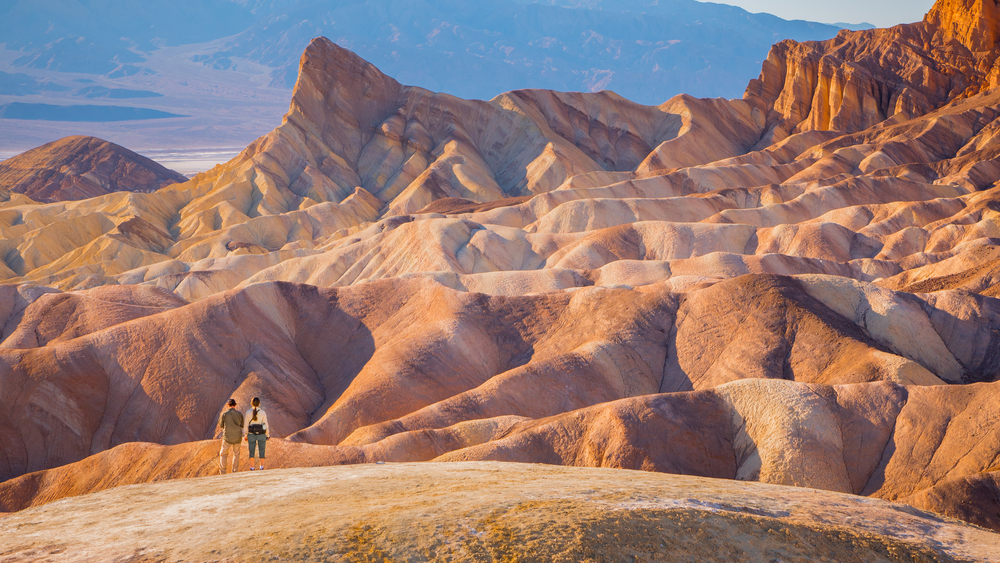 The location of a Death Valley canyon full of fossilized footprints has been a closely held secret for decades. Now, paleontologists want to open up “The Barnyard” to the public.

The canyon has been closed to all but a handful of researchers and National Park Service staff to protect the wide variety of animal tracks – one of the largest and most diverse collections in the world.

The fossilized footprints earned the remote canyon near the California-Nevada border its nickname.

The canyon holds preserved tracks from horses and birds, along with ancient camels, mastodons, big cats, and more. Scientists believe a large lake once attracted animals to the area, and the tracks were left in muddy ground around the body of water.

The oldest fossilized footprints are thought to be 5 million years old. According to the researchers who have visited the canyon, the tracks are plentiful and visible in just about every part of the canyon.

Though the park has close to a million visitors each year, only about a hundred of them are allowed to visit the Barnyard, and they must have a permit and be accompanied by a parks official.

However, paleontologist Dr. Torrey Nyborg of Loma Linda University and others are now calling on the National Park Service to open the canyon to visitors.

The researchers have spent four years cataloging and documenting each of the tracks in the canyon. Now, they want the public to be able to see the collection, as well as have the opportunity to volunteer to maintain the canyon as they do in other parts of the park.

Death Valley National Park is the hottest, driest and lowest park in the national system. It encompasses 5,270 square miles of land. The Barnyard covers about five square miles within the park.