300 million-year-old rainwater sheds light on France before the dinosaurs • Earth.com 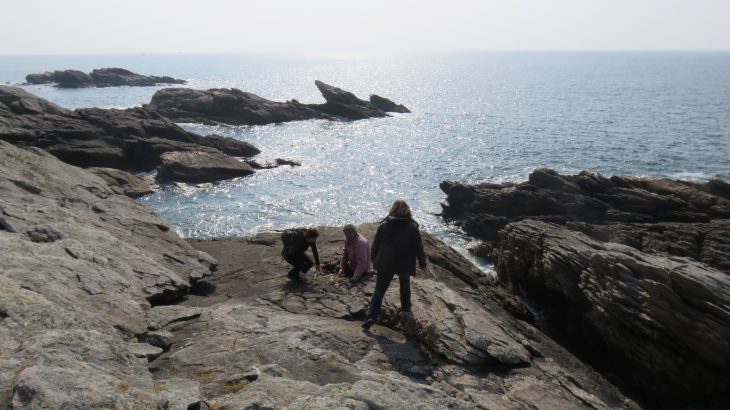 Rainwater from 300 million-year-old minerals has helped researchers piece together the surface topography of Western France during the Late Carboniferous before the dinosaurs.

A team of researchers from the UK, France, and Germany conducted an isotopic analysis of ancient rainwater stored in granite samples.

The granite rocks came from Western France, areas that were near the equator and part of the Variscan Belt mountain chain that extended into Spain, Germany, and England.

As rain fell on this ancient mountain range, fault zones and deep cracks allowed the water to sink below the surface.

The researchers then determined the chemical composition of the rainwater using spectrometry.

“Once we realised that the water in the sample was from rainfall, it meant that we could use standard geochemistry techniques to look back into history,” said Dr. Camille Dusséaux, the lead researcher for the study. “This means that the rainfall can tell us about the altitude, the latitude of the mountains where it fell, and hints at why some radioactive minerals are found in the area.”

The team measured hydrogen isotope ratios in muscovite, a mineral found in granite that has water within its structure.

“This is not the oldest rainwater ever found, but the oldest where scientists have been able to isotopically reconstruct its composition and history,” said Dusséaux.

The samples were dated and confirmed to be around 300 million years old, and the chemical composition of the rainwater indicated that the rain fell on a mountain range.

“This study is a nice example highlighting how traditional isotope geochemistry and careful petrography of minerals formed deep in the Earth can shed light on surface conditions, even before dinosaurs roamed the Earth,” Dr. Catriona Menzies who was not involved in the study commented on the research.

The study findings were recently presented at the Goldschmidt Geochemistry Conference in Barcelona.