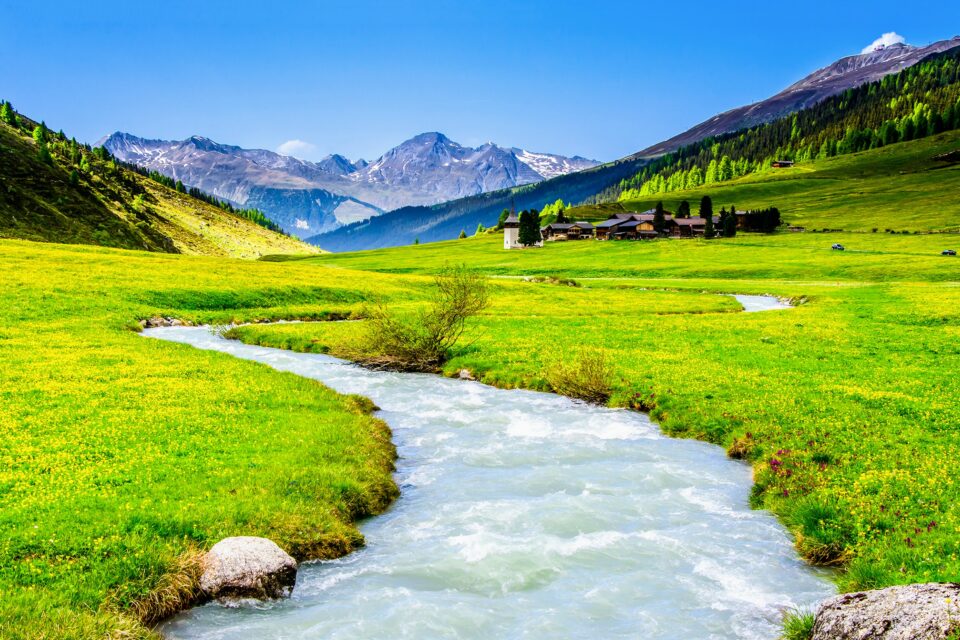 Tropical and subtropical ecosystems boast a greater diversity of plant and animal species, a phenomenon that has been well studied by biologists over many decades. By contrast, temperate ecosystems and those at higher latitudes exhibit lower biodiversity. However, differences in species richness between the world’s three major habitat types – marine, terrestrial and freshwater – have not received anywhere near as much scientific interest.

A new study led by ecologists from the University of Arizona has now attempted to quantify biodiversity in ocean, freshwater and terrestrial habitats on a global scale. The scientists also explore possible reasons to explain differences in the patterns of biodiversity in these three habitat types.

“As far as we know, our paper is the first to provide a global analysis of biodiversity by habitat and provide possible explanations as to what might drive the observed patterns,” said Professor Wiens.

The researchers considered more than 99 percent of known animal species in their analysis, along with all of the known plant species. They estimate that 77 percent of known animal species inhabit terrestrial habitats, 12 percent live in ocean habitats and 11 percent are found in freshwater. Among plants, only two percent of species are found in the ocean and a mere five percent live in freshwater.

Despite the fact that the vast majority of animals and plants inhabit terrestrial ecosystems, land only covers about 28 percent of the Earth’s surface. Oceans cover 70 percent of the Earth and have fewer species in general. This leaves only a minute fraction of the surface area for freshwater habitats. Interestingly, the study revealed that the two percent of Earth’s surface covered by freshwater habitats actually supports the highest species richness per unit area relative to the other two habitat types.

“The large-scale patterns of freshwater community composition resemble the process of creating mosaic art – where many groups in freshwater are like ‘pieces’ sourced from either land or marine ecosystems,” said Professor Wiens. “Therefore, creating additional protections to freshwater habitats could help to efficiently conserve, at once, very divergent groups of animals and plants.”

By contrast, animal and plant species in terrestrial habitats tend to represent only a few phyla, or taxonomic groups of organisms. This implies that by protecting freshwater habitats, more species and more evolutionary history would be preserved than if the same area of terrestrial or marine habitat were to be protected.

The researchers found that the relative biodiversity of habitats is related to variation in diversification rates among habitats. This is a measure of how many species originate and accumulate in a habitat type in a given time. Habitats where species diversify more rapidly have greater biodiversity. Diversification rates can be influenced by several different factors, including the extent to which populations are isolated. In marine habitats there are fewer barriers separating populations and therefore the rate of speciation may be slower.

“Species may proliferate more rapidly on land than they do in the ocean or in freshwater because there are many more barriers to dispersal on land compared to the ocean, where organisms can move more freely,” said Professor Wiens. “These barriers seem to help drive the origin of new species in all habitats in both plants and animals.”

Based on ancestral reconstructions of the three habitat types, the researchers found that most marine species are descended from marine ancestors and most terrestrial species from freshwater ancestors. Yet, most current animal biodiversity in freshwater habitats is derived from terrestrial ancestors.

“We were able to show that generally speaking, the oceans were colonized first, then species moved into freshwater habitats and lastly, onto land,” said Wiens. “And that holds true for plants and animals. Therefore, the greater biodiversity on land cannot be explained by an earlier colonization of terrestrial habitats.”

In the past, scientists have traditionally explained global biodiversity patterns in terms of greater solar energy input leading to increased biological productivity, particularly in terms of plants. The increased availability of plant food was then considered to drive animal species diversification. But in the current study, the growth of plants was found to have a much smaller effect on diversity patterns than previously thought.

“Overall productivity is similar between the ocean and land, which tells us that at the global scale, productivity is not the most important determinant of biodiversity,” explained Professor Wiens. He added that the area covered by each habitat type does not appear to be a decisive factor, either, since the oceans have the greatest area but also have very limited species numbers.

“We conclude that the rate of species proliferation might be the most important aspect in driving species richness across the planet.”