Dog feces can harm the environment and disrupt ecosystems • Earth.com 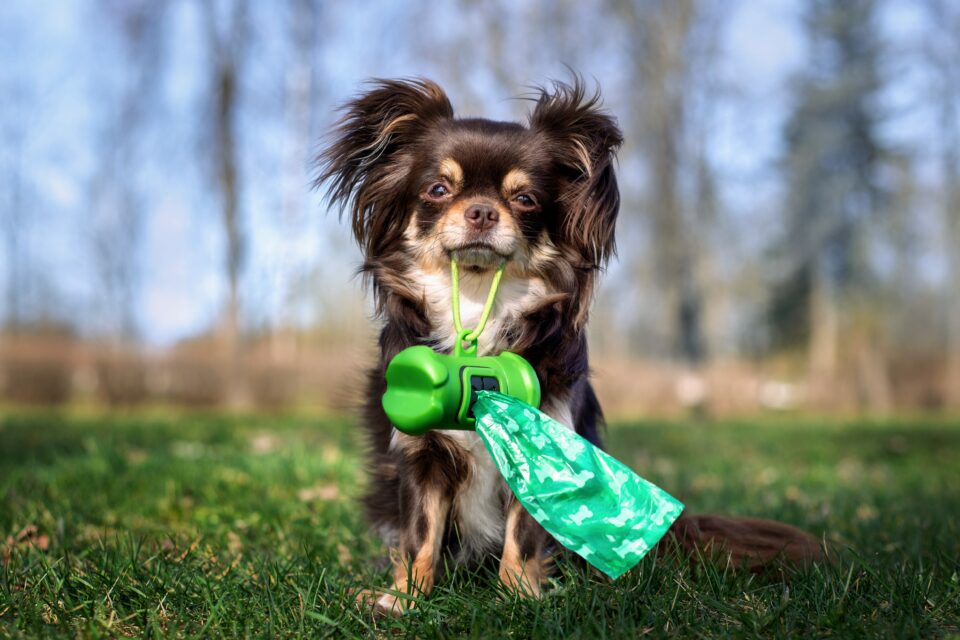 Dog feces can harm the environment and disrupt ecosystems

New research led by Ghent University has found that when dogs are walked in nature, they contribute a substantial amount of nutrients to the environment through their feces and urine. This has a negative impact on local biodiversity and ecosystem functioning.

The researchers examined four nature reserves around the city of Ghent, Belgium. They estimate that each year, dog feces and urine add an average of 11kg of nitrogen and 5kg of phosphorous per hectare. By comparison, the total levels of nitrogen added across most of Europe through fossil fuel emissions and agriculture ranges from 5 to 25kg per hectare.

While the addition of nutrients to natural reserves may sound beneficial since it might lead to increased plant growth, this mostly occurs for a very limited number of nutrient-demanding plant species which could then outcompete a large variety of other plants, thus reducing biodiversity.

“In many nature reserves, the management is specifically directed towards lowering soil nutrient levels to enhance plant and animal biodiversity. This can be done through methods like mowing and hay removal. Our findings suggest that the currently neglected inputs of dogs in nature reserves could delay restoration goals,” said study lead author Pieter de Frenne, an expert in Global Change Ecology at Ghent University.

“We were surprised by how high nutrient inputs from dogs could be. Atmospheric nitrogen inputs from agriculture, industry and traffic rightfully receive a lot of policy attention, but dogs are entirely neglected in this respect.”

According to Professor De Frenne and his colleagues, keeping dogs on leashes could reduce the fertilization rates in the largest part of the reserves but would in fact increase them in the small areas around paths, leading to inputs as high as 175kg of nitrogen and 73kg of phosphorous per hectare.

However, if the owners picked their dogs’ feces, fertilization levels could be reduced by 56 percent in the case of nitrogen and 97 percent for phosphorous.

These results highlight the need for managers and policy makers to take into consideration currently neglected nutrient inputs by dogs in their management plans and restoration goals, and convince dog owners to collect their animals’ feces on a regular basis in order to mitigate their negative impact on biodiversity.