Frogs can defy gravity thanks to their highly evolved skeletons • Earth.com 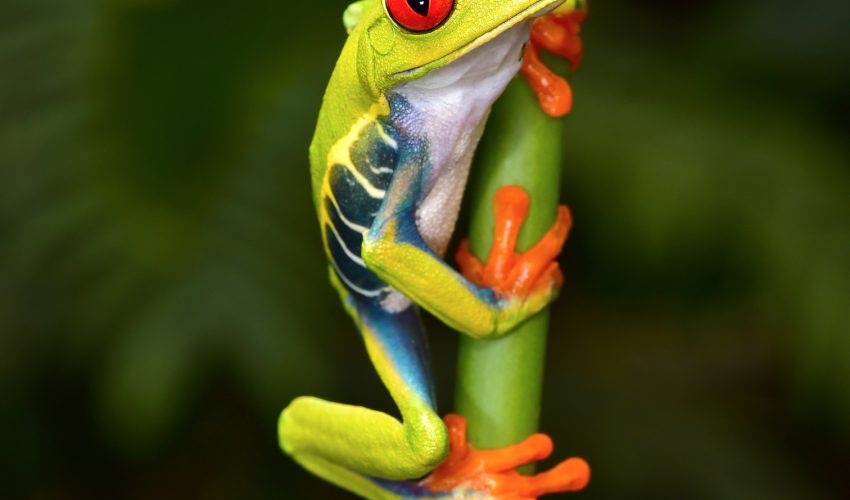 Frogs can defy gravity thanks to their highly evolved skeletons

Frogs can be found on every continent except Antarctica. Their habitats are extremely diverse, ranging from tropical rainforests to deserts. Frogs are known for their incredible jumping skills which seem to defy the laws of physics. Researchers from Royal Veterinary College used cameras to get a closer look at the jumping ability of the African red-legged running frog.

Some species of frogs can jump over 20 times the length of their body. This is achieved by stretching the tendons in their legs, which snap back in place in a spring-loaded motion. The research team at Royal Veterinary College discovered another weapon behind the frog’s powerful jump – a unique skeleton which has evolved over the course of hundreds of millions of years.

The experts studied the high-speed images of the red-legged running frogs, or Kassina maculata. The research, published in the Journal of Experimental Biology, established that these frogs have an accurate method of controlling their hind legs which allows them to leap at various angles.

“Some jumps were nearly horizontal, with animals skimming over the ground. In other trials, the frogs rocketed upwards almost vertically. Their capacity to jump at such a wide range of angles and distances is amazing,” explained lead author Dr Laura Porro.

The study revealed the frogs’ power to launch forward comes primarily from the hip joint, while their vertical jump is driven by the ankle. The knee joint is key in positioning the legs to determine the angle at which they leap. Computer simulations of the images showed an incredibly complex 3d motion of the frogs’ legs.

“The ability to jump at a wide range of angles is probably very important to this species as they hunt insects in trees at night and need to be able to move around in a complex, 3D environment,’ said Dr Porro.