Frozen water discovered on the moon for the first time ever • Earth.com 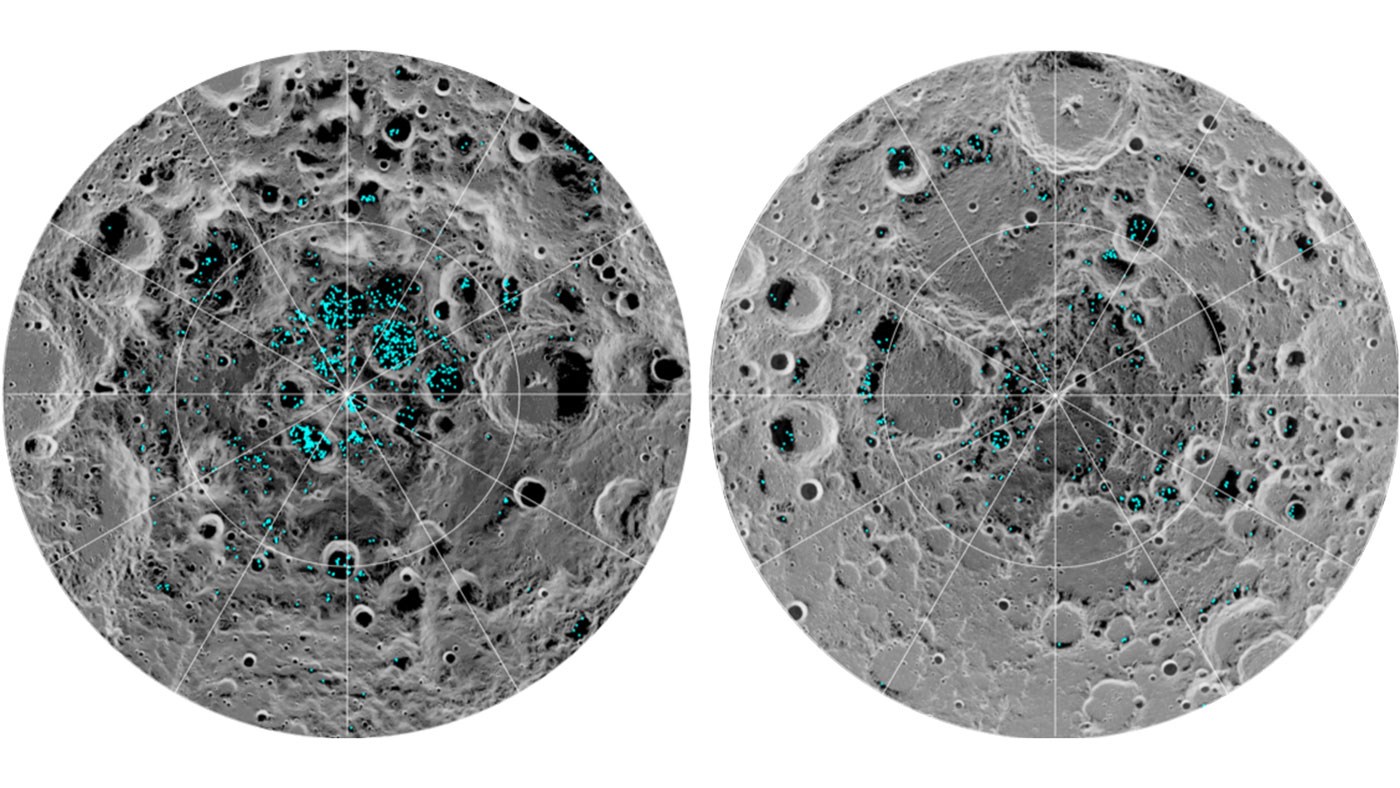 Frozen water discovered on the moon for the first time ever

The moon may not contain any cheese (that we know of), but a new report now shows that it contains a substance much more important – frozen water. Using high tech satellite scans and an imaging technique that can tell different types of water apart, researchers have published in Proceedings of the National Academy of Science the first evidence of water on the surface of the moon.

Water has previously been found in the moon’s soil. But scientists have been combing the dark side of the moon – the area that is constantly in shadow – searching for water, and have now found surface water ice on about 3.5 percent of the moon’s shadow-covered areas.

‘The abundance and distribution of ice on the moon are distinct from those on other airless bodies in the inner solar system such as Mercury and Ceres [a dwarf planet], which may be associated with the unique formation and evolution process of our moon,” the authors say in their report. “These ice deposits might be utilized as an in-situ resource in future exploration of our moon.” It’s possible that future lunar colonies could harvest water on the moon, and convert it into hydrogen and oxygen for rocket fuel or oxygen to breathe.

The data used in this report was acquired by the Moon Mineralogy Mapper instrument on the Chandrayaan-1 spacecraft, which happens to be India’s first lunar probe that they launched a decade ago. Now, the probe’s findings may further spur efforts to colonize the moon and increase our reach into our solar system.

There is potential that the moon could be used as stepping stone to Mars, especially once the International Space Station is decommissioned in 2024. This discovery could very well be the first step to an expanded and improved effort for space exploration.