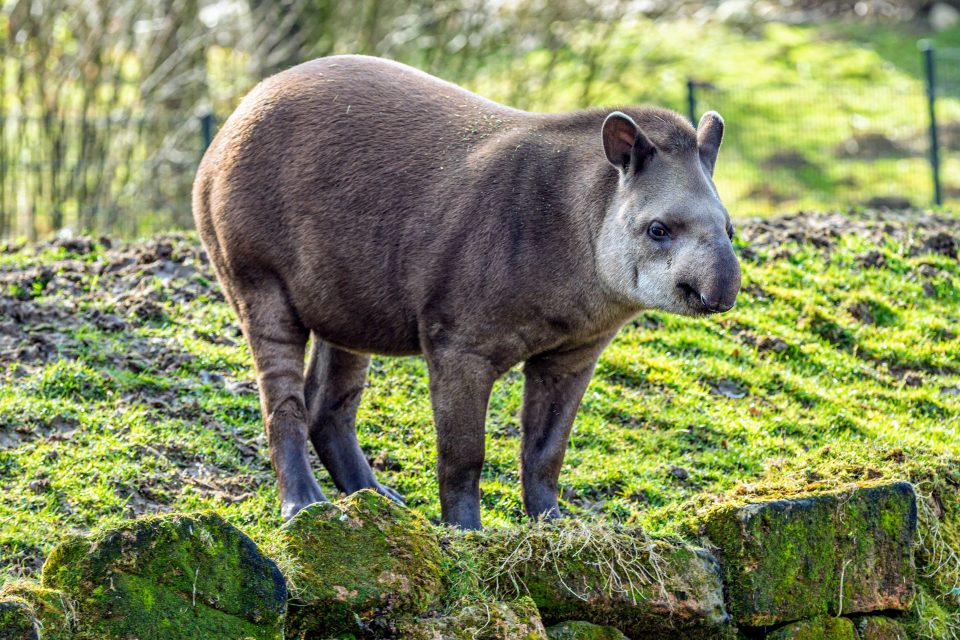 Scientists at São Paulo State University have found that large mammals fertilize the soil in tropical forests. In particular, animals like peccaries and tapirs boost levels of soil nitrogen, which is considered the most important nutrient for plant growth.

A white-lipped peccary is a boar-like mammal found throughout Central and South America. These hoofed animals roam the forest in groups of 50 to 100, eating a wide variety of foods. In the Atlantic Rainforest along the coast of Brazil, peccaries prefer the fruit of jussara palm trees.

The jussara palm is very prevalent in the Atlantic Rainforest, which is linked to an abundance of dung, urine, and soil trampling by peccaries, tapirs, and other frugivores.

The researchers found that the level of ammonium, a form of soil nitrogen, was up to 95 percent lower in areas of forest without fruit-eating mammals. The findings highlight the critical role that frugivores play in the nitrogen cycle, and serve as yet another warning that important ecosystem services are lost when animals disappear.

“Any farmer knows how crucial the nitrogen cycle is to achieve high crop yields. Studies in other environments have already shown that the presence of ruminants stimulates the growth of grasses thanks to the effect of their excretions on the nitrogen cycle, including optimization of microorganism activity,” explained study first author Nacho Villar.

The experts also determined that frugivores redistribute nitrogen and fertilize soil that would otherwise be poor in nutrients. The researchers estimate that the fertilized soil contains four times more ammonium and 50 times more nitrate compared to areas that are not fertilized by frugivores.

“Peccaries account for 80% to 90% of the total mammal biomass in the Atlantic Rainforest. Large groups of these animals roam extensive territories, fertilizing the forest,” said Villar. “Tapir density is lower, so their contribution to the nitrogen cycle isn’t as great, but the amount excreted by each individual is considerable, as is each animal’s range as it disperses seeds.”

In a previous study, the São Paulo team described how peccaries and tapirs contribute to plant species diversity and abundance in the tropical rainforest.

Next, the researchers will investigate whether the nitrogen boost provided by large mammals may boost the carbon absorption ability of plants. If this is the case, plant-animal interaction could play a major role in mitigating climate change.