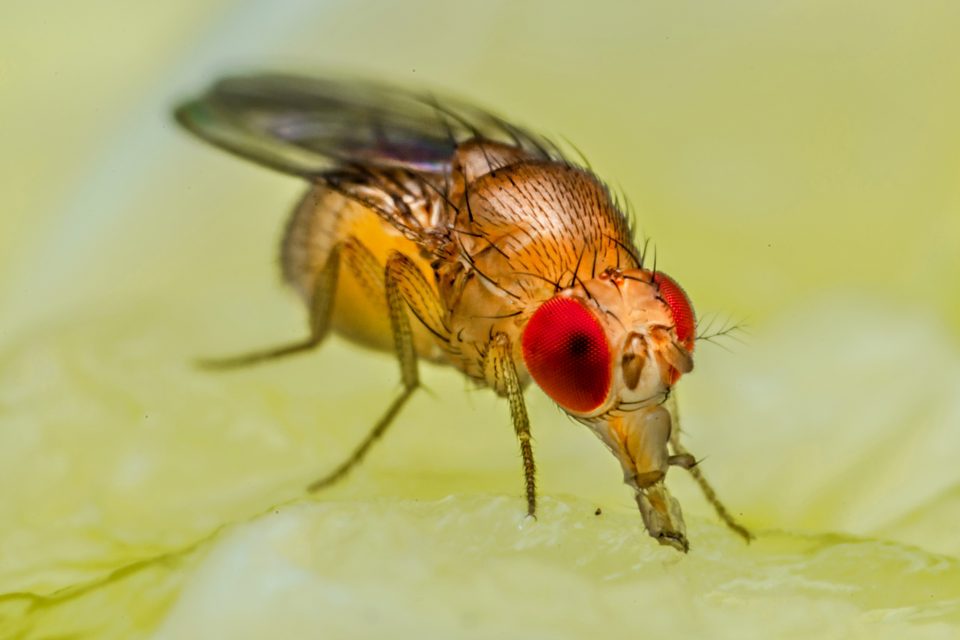 In a new study from the California Institute of Technology, experts have discovered that fruit flies can fly up to 15 kilometers in a single journey. This distance is the equivalent of the average human traveling over 10,000 kilometers, or more than 6,200 miles.

The record for the longest distance by a human was set in 2005, when an ultramarathon runner Dean Karnazes ran continuously for 80 hours over 350 miles – roughly 324,000 times his body length. The Caltech study has found that fruit flies can travel up to six million times the length of their body.

The experts designed a series of “release and recapture” experiments involving hundreds of thousands of fruit flies under various wind conditions.

The experiments were conducted in a dry lakebed in the Mojave Desert. Fruit flies were released and lured into traps with fermenting juice, as the researchers measured their top speeds.

The researchers found that it took about 16 minutes for the fruit flies to cover one kilometer to reach the traps, corresponding with a speed of approximately one meter per second. Previous studies from the lab showed that a fully fed fruit fly has the energy to travel continuously for up to three hours.

Based on this data, the team concluded that the common fruit fly Drosophila melanogaster can fly roughly 12 to 15 kilometers in a single flight, even into a gentle breeze, and will go further if aided by a tailwind. This distance is about 6 million times the average body length of a fruit fly, which is 2.5 millimeters.

“The dispersal capability of these little fruit flies has been vastly underestimated,” said Professor Michael Dickinson. “They can travel as far or farther than most migratory birds in a single flight. These flies are the standard laboratory model organism, but they are almost never studied outside of the laboratory and so we had little idea what their flight capabilities were.”

“For any animal, if you find yourself in the middle of nowhere and there’s no food, what do you do? Do you just hop around and hope you find some fruit? Or do you say – ‘Okay, I’m going to pick a direction and go as far as I can in that direction and hope for the best.’ These experiments suggest that that’s what the flies do.”