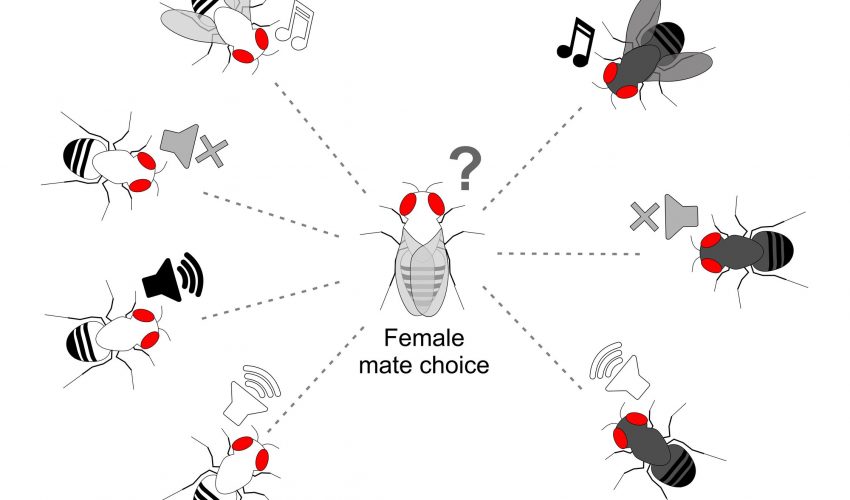 Female fruit flies pick their mate through a courtship song

Fruit flies in the Drosophila buzzatii cluster can generally be found in South America, living in arid environments and dining on fermenting cacti (yum!). Although their lives may sound like a simplistic paradise, they wouldn’t have stuck around for this long if it wasn’t for the females’ ability to pick the right mates.

According to a new study published in the open-access journal PLOS ONE by Patricia Iglesias and Esteban Hasson of the University of Buenos Aires, Argentina, female Drosophila buzzatii fruit flies may be drawn to the specific courtship songs of males of their own species.

The study also explains that the influence a courtship song had on mate choice tended to vary between individual females, so future research may be aimed at determining why females vary in their preferences and behavior.

Despite these differences, the overall data collected shows that D. buzzatii cluster females do use courtship songs to assist them in choosing a mate, with most preferring songs produced by their own species. The researchers believe that these female preferences could be an important factor in diversification and speciation within the D. buzzatii cluster.