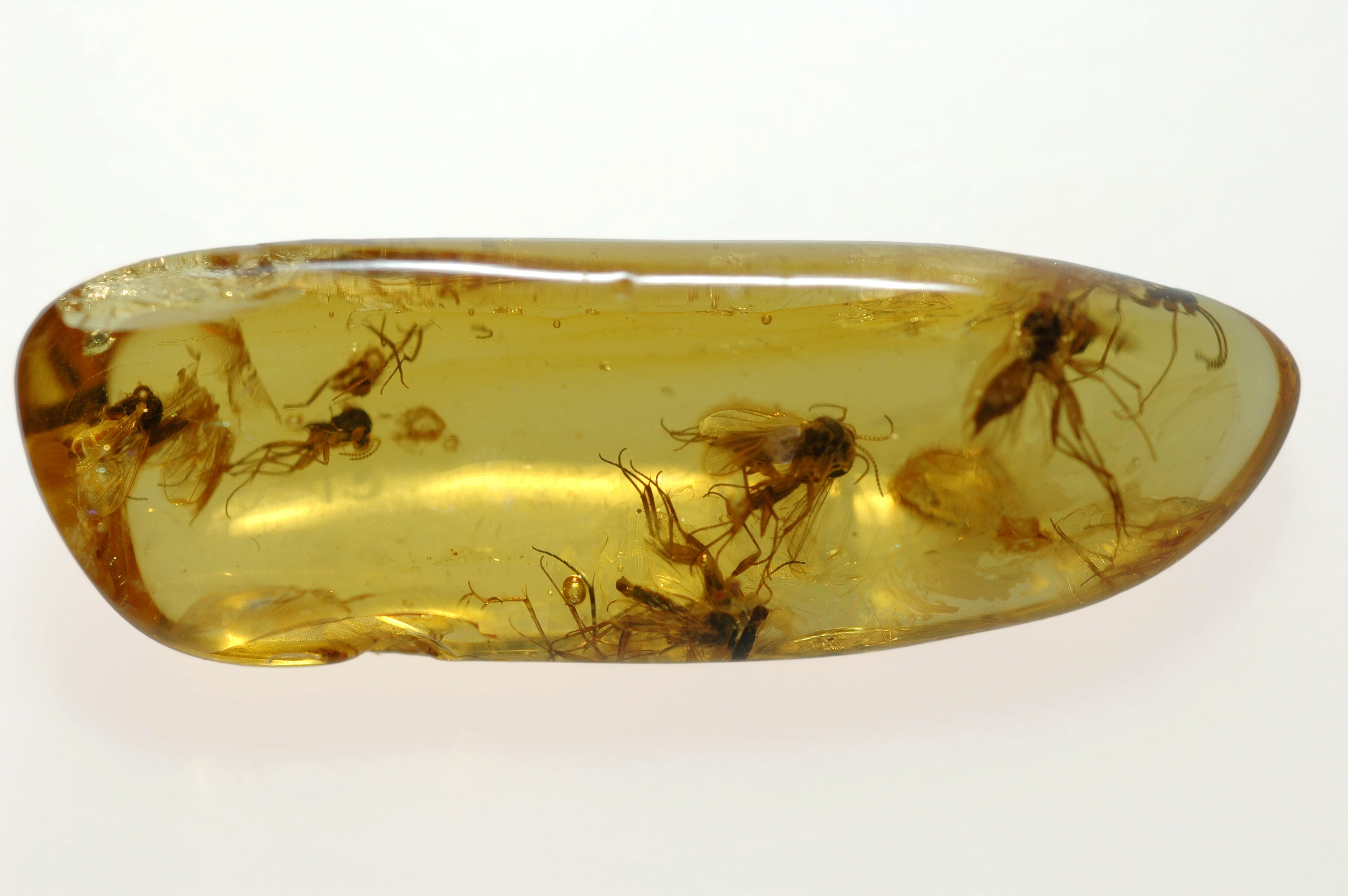 Insects’ mating rituals and appearance are a moment in time that can be difficult to witness even today. So imagine capturing such a moment from over a hundred million years in the past. That’s what makes the discovery of scientists from the Chinese Academy of Science’s Nanjing Institute of Geology and Paleontology so remarkable.What the researchers found, trapped in amber in Burma, was three fossilized male damselflies from the pre-Cretaceous Period, some 100 million years in the past.

Damselflies are in the same insect family as dragonflies, but smaller and narrower. What made this discovery particularly rare was that the tibia, or the fourth segment of leg, of the fossil males was expanded, pod-like, in a way that would have been a pre-mating ritual to fend off the male competition and to attract the attention of mating females. The tibia of the fossil discovery, known as Y. huangi, also had a wing-like shape and an eye-shaped spot on the middle of the hind leg, which the researchers felt was primarily designed to attract the attention of females. Think of the peacock’s plumage, for a modern-day version of this evolutionary trait and sign of male dominance.

This appearance is replicated, to some degree, by modern species, but in a less obvious display than Y. huangi, according to the scientists. They felt that the fossil tibia inflatable size, shape and appearance to be an extreme adaptation for courtship behavior.

The researchers reported their findings in a recent issue of Scientific Reports.