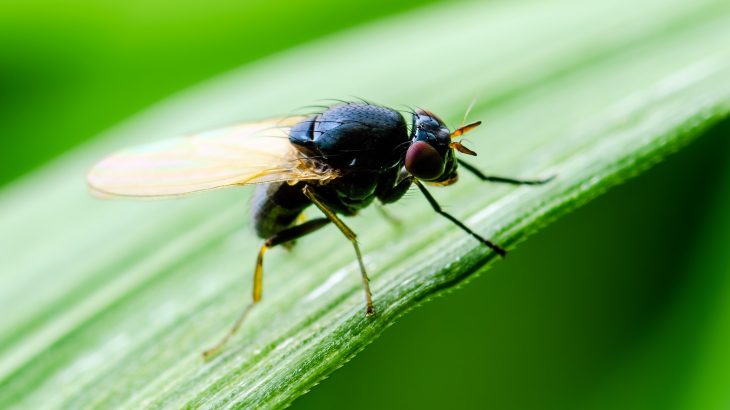 Scientists at Rockefeller University are beginning to understand how insects achieve their navigational goals. The researchers found that fruit flies calculate the difference between the direction they are headed and the direction of their desired destination, and use this estimate to guide their next move.

The findings may shed new light on how internal goals are used to direct moment-to-moment actions on a cellular level.

In species ranging from insects to mammals, there are specific neurons called heading cells that keep track of which way the animals are facing. These neurons are critical for survival, providing guidance to resources such as food and shelter.

The researchers set out to understand how heading cells guide moment-to-moment behavior, such as how an animal is prompted to turn left or right, by analyzing fruit flies in the lab of Dr. Gaby Maimon.

“These flies will walk in the same direction for meters at a time,” said Dr. Maimon. “But we wanted to prove that they’re not just walking straight by chance – we believed that they have an internal goal direction, along which they intend to walk.”

In one experiment, the flies walked on a rotating ball with a brightly illuminated vertical bar as a reference point for the heading cells.

As expected, the flies excelled at walking in a straight line with reference to the bright stimulus. For example, the flies would maintain the same orientation for as long as an hour if the position of the light remained constant. When the light was abruptly shifted to the left or to the right, the flies turned their bodies until the bar was back at their preferred angle.

The experiment confirmed that the flies do not walk straight by chance, but that they have an internal goal orientation system that informs their steps. This was supported by the fact that the further the LED bar shifted, the harder the animals turned their bodies.

Next, the researchers monitored the brain activity of flies as they pursued navigational goals. By manipulating the heading cells, known E-PGs, the team noted that the fly’s internal compass could be rotated. Further experiments showed that the flies changed their orientation at an angle that matched the degree of rotation in their compass.

“We’ve known that flies have a compass-like system in their brain since 2015, but this work is the first to describe how the animals use this system to guide navigational behavior,” said Dr. Maimon. “Because mammalian brains have heading cells with similar properties, our work may ultimately help us better understand how humans navigate – a process that’s impaired in psychiatric disorders, like Alzheimer’s disease.”