Fur seal pup populations down for the first time since the 1970s • Earth.com 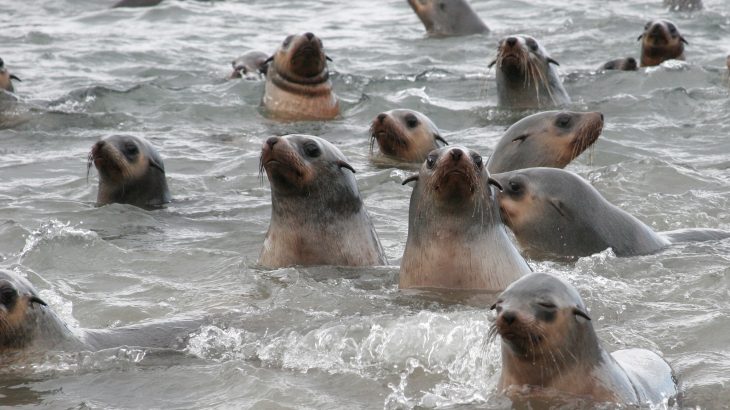 The role of monitoring species populations in wildlife management and environmental conservation cannot be understated. Monitoring allows researchers to track population declines, understand how climate change is impacting certain ecosystems, and even project future trends for a species’ survival.

Now, a new study conducted by researchers from the Phillip Island Nature Parks in Victoria, Australia shows just how effective long-term monitoring programs can be in tracking population numbers over time.

The study was published in the journal PLOS ONE and examines how many fur seal pups have been born since species-wide protection was first implemented in 1975.

For the first time ever since those protections were put in place, seal pup numbers have declined,  which was discovered after the researchers reviewed the monitoring data through the years.

Fur seals are a key predator in Australia, but the species is facing many challenges including ecotourism and fishing operations. Understanding how populations are changing in response to these challenges is crucial for conservation and ensuring their continued survival.

The researchers reviewed live seal pup census data gathered in the summers of 2002, 2007, and 2013 thanks to a large-scale monitoring program.

After reviewing the data, the team found that the monitoring program was both accurate and effective in its recording of seal pup census information.

The research also showed that since 2007, seal pup populations have been declining by around 4.2 percent every year, the first ever declines since the 1970s.

The researchers say that that the results could help with implementing and assessing other monitoring programs for different species and ecosystems.

“As wildlife managers it is important for us to regularly review our monitoring programs to examine the reliability of the information we have collected, and also to identify enhancements which may assist in a greater understanding of any population changes detected,” said Roland Pick, the communications executive for Phillip Island Nature Parks. “We are currently using drone technology and Citizen Science programs at Phillip Island Nature Parks to enhance our monitoring of Seal Rocks as the largest breeding colony for the species.”